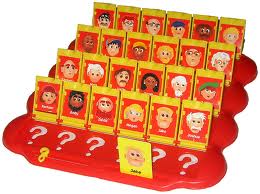 Recently, upon playing a game of Guess Who, the 6 yr old daughter of Jennifer O’Connell noticed something a bit peculiar in the game.  According to a letter her and her mother composed to the game’s manufacturer, Hasbro, the board consists of only 5 females and 19 male avatars.

In typical corporate fashion, the response from Hasbro was vague and littered with marketing buzzwords.  The young hero however, chose not to stop there, calling out the company for their failure to respond to the initial letter and continued her crusade for general equality in the game.

Hasbro’s second response was a bit more tailored to the letter, even offering to send new sheets for the game to alter the characters to a more balanced number.  You can see a blog entry from the mother here showing the correspondence.