Avatar: The Last Airbender fans now have as many different ways to enjoy their books as there are readers to red ’em on. 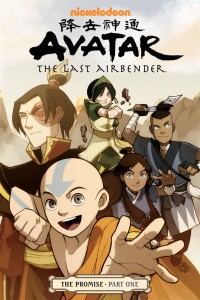 The New York Times Best-Selling Avatar: The Last Airbender—The Promise and The Search, which pick up at the end of the hit animated series, have been read by thousands of digital-comics fans. The expanded digital release of the graphic novels is the latest development in an ongoing partnership between Nickelodeon and Dark Horse to bring fans the very best in Airbender books at their fingertips 24/7!

Previously, Dark Horse’s Avatar line was readable solely on the Dark Horse Comics App and digital storefront, but that’s all changed now. Fans of the Airbender can now enjoy the series on the Amazon Kindle, Barnes & Noble Nook, and Kobo reader. In addition, you can also check it out through Google Books and (of course) Apple’s iBooks App/store.

Dark Horse’s adaptations of the Avatar universe contains The Art of the Animated Series, The Lost Adventures, The Search and The Promise – and these books have garnered a huge fan response to the tune of over one hundred thousand copies sold. Now that the comics are available on pretty much every platform known to man, expect that number to go way, way up.

Transformers: Rise of the Dark Spark to unite ‘Cybertron’ games and movie universe