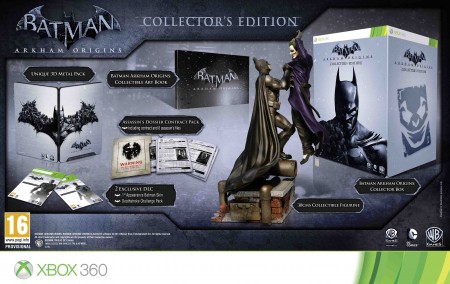 Announced today for the UK (though a US announcement should be along soon too) is an Amazon exclusive special edition for Batman: Arkham Origins that fans of the legendary comic book character are probably going to want to snag with a grapple line. Not only does the Batman: Arkham Origins Collector’s Edition include a pretty awesome looking statue of The Dark Knight and Joker, but you also get an 80 page art book and a ton more:

The Batman: Arkham Origins Collector’s Edition is available for preorder on both the Xbox 360 and the PS3, so far it’s only been announced for the UK and is available through Amazon.com only.