Hotline Miami: The Definitive Story is a look at the creation of one of the most controversial and lauded games o fate last few years.

There’s not too much to say about this one. The movie was shot by ComplexTV and stars the guys behind the Hotline Miami series, Dennaton Games. It’s an in-depth look at the game, so if you’re a fan, it’s probably some fun watching that you’ll want to partake in.

The whole thing runs about a half hour too so it won’t take up a ton of your time, and yet it’s loaded up with footage of the game in action, as well as guests like Mike Wilson from publisher Devolver Digital. So grab a drink and some snacks, and hit play on the YouTube link below. 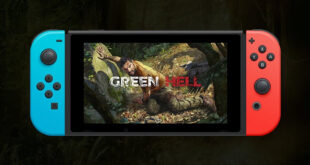 Survival game Green Hell comes to Switch from the PC today, as the first in …