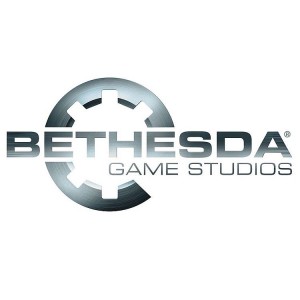 Bethesda VP of PR and marketing Pete Hines has expressed the studio’s desire to put out games for the Wii U, Vita and 3DS – but only when it suits their projects.

In an interview with IGN at E3, Hines explained the studio’s lack of titles released or even announced for the three platforms.

Despite releasing a small handful of iOS games (Rage: Mutant Bash TV and Dishonored: Rat Assassin), Bethesda have mostly focused on the bigger, non-portable platforms such as PC, Playstation and Xbox. Hines puts it down to trying to offer the same quality experience on every platform their titles are released on.

“For a game like Wolfenstein, as it’s designed, we want it out on as many platforms as we can support that will support the game as it’s envisioned, where we don’t have to cut features or dial stuff back or end up delivering a game where Wolf on this platform is nothing like it is on the PS4,”

While you shouldn’t expect to be playing Fallout 4 on the bus anytime soon, the studio isn’t saying ‘never’.

“Other platforms that we’re not doing anything for, we’ll wait and see. I would never say never. There are a lot of talented folks doing a lot of cool stuff, and maybe opportunities arise, or maybe somebody internally says, ‘hey, I have this great idea to do this thing on this platform.’ If that makes sense and it feels like something Bethesda would do, okay. But we’re not just going to bang a round peg into a square hole. That’s not how we work. It doesn’t make sense for us.”

Fingers crossed the right project comes along – and that they handle it well. With the lack of support from major publishers like EA and a currently limited library, the Wii U really could do with some loving, and Sony’s PS Vita suffers from the same fate of not having too much to pick up. While the 3DS isn’t quite so unlucky, it wouldn’t hurt to see some kind of Bethesda title on the handheld. It sounds like they’re playing it safe, which could certainly serve them well…but no doubt there are plenty of willing customers.