Ellen Page gets her ghost on. Hooray, or boo? 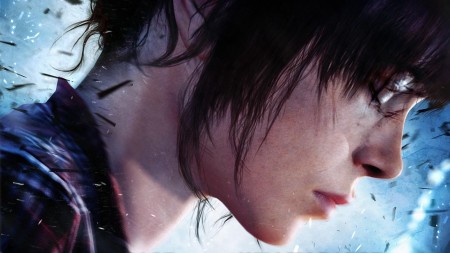 In 2013, the line between film and video game seems to be getting more and more blurred with each AAA release. Call of Duty, undeniably one of the most successful franchises of all time, seems to be equally loved and despised for its linear, cinematic nature. The popularity of quick-time events and scripted action is the constant source of heated debate on gaming forums, and we’re even seeing the result of this criticism with the recent removal of QTEs in the new Thief game from Eidos Montreal. Developer Quantic Dream are at the forefront of this movement of the cinematic experience, with releases like Indigo Prophecy (Fahrenheit in Europe) and Heavy Rain often described as ‘interactive movies’ rather than traditional video games. Their latest title, Beyond: Two Souls, carries on the studio’s trademark formula. The big question is, though: does it work?

Actress Ellen Page provides voice acting and motion capture for the game’s protagonist, Jodie. Gifted with unique supernatural abilities thanks to her spiritual bond with an entity called Aiden, Jodie is taken in by the CIA and trained to use her abilities in the field. Simultaneously raised and trained by scientist Nathan Dawkins (Willem Dafoe), Jodie begins to realize the true nature of her bond to the other side and the fate of our world is soon threatened by something much more powerful than Aiden.

We see Jodie at all different stages of her life, from child to teenager to adult and all the experiences she has throughout.  The actual storytelling, however, is out of chronological order. We jump from setting to setting, age to age, plot-line to plot-line.  Although the reasoning behind this choice is explained to some degree later on, I’m unsure of how the game really benefited from it. Some chapters drag on much longer than others, and sometimes the ones that were particularly interesting were cut off for a far less interesting one instead. There are some moments where Beyond is clearly trying to inspire emotion in the player and make us truly care for the characters on-screen, but the jumpy nature of the story-telling means we often don’t get enough time to truly get to know the characters or their relationships to a satisfying extent. 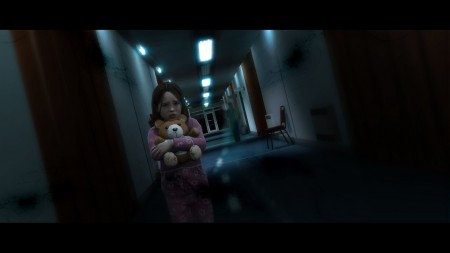 This is most bothersome at some key moments of the story – for example, a romantic relationship between Jodie and another character can occur, and this eventually leads to the player being presented with some rather serious choices over the future of these characters later on. The trouble here is that we’re given such a shallow insight into the true nature of this relationship; only given a peek through the keyhole, and when we’re later presented with some big decisions to make, it’s difficult to make an informed choice or even really care. In a later section of the game, a key character makes a huge heel-turn in personality, and based on our exposure to him previously, it seems completely out of left field. It feels like a cheap way to extend the game – in fact, it did feel like the game should have finished three times before it finally did. This is especially frustrating when the ending I got out of the multiple endings available seems to leave the story open-ended for a potential sequel…completely wasting what was a half-decent wrapping up of the plot.

Issues like this feel even more disappointing when the actual gameplay is so limited, too too. As with Quantic Dream’s previous titles, interactivity is shallow at best. It plays somewhat like The Walking Dead series by Telltale Games  – small environments with interactive objects and NPCs, with action sequences and combat mostly involving quick-time events. It’s all fairly straight-forward – for example; a CIA training sequence at the beginning will require you to push the right stick downwards to dodge attacks at Jodie’s head, left to avoid kicks, and then towards the sparring partner to knock his lights out. It’s a logical system, but it’s difficult to feel engrossed in the action when you’re not truly in control. At some points, it really felt like being Maggie Simpson in the intro to The Simpsons; we’ve got our little horn and can honk it to our heart’s content, but Marge is the one really doing all the driving. At some points it feels entirely pointless to even let the player join in, when the contribution seems so trivial.

The game is at its most interesting when we take control of Aiden. Aiden is much more interesting to play than Jodie, for the most part – she certainly can’t pass through walls or possess people. A lot of the sections where Aiden is necessary involve logical thinking – how do I clear the road of soldiers? Possess one and shoot the rest? Possess the one in the truck and mow them all down? Put up a psychic barrier around Jodie and let her run past while the bullets bounce off? It’s just a shame that the true potential of Aiden is never met. What he’s able to do seemed fairly inconsistent. While he can put up the psychic barrier in some chapters, he seems to be completely unable to do it in others where it would be incredibly useful, and this goes unexplained by the game in the slightest. He’s sometimes able to knock down doors, and other times he’s just…not. If anything, the major Aiden sections feel like they would have made a great game on their own. Playing through them, it’s easy to imagine some kind of 3D Ghost Trick, instead we’re left with a neutered mechanic that lets us do what it wants us to do, when it wants. 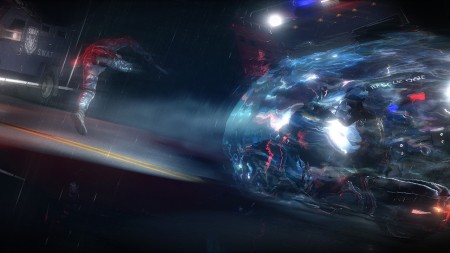 Beyond, at least, is easy enough on the eyes. It makes good use of the motion capture technology, and the stars definitely look like themselves. This is let down by some poor lip-synching: Willem Dafoe often looks like somebody else wearing a cheap latex Willem Dafoe mask, and they’re struggling to speak through it. It’s not the kind of thing that ruins an entire game, but it does seem jarring when the rest of the characters actually look pretty good.  The soundtrack is fine enough, with plenty of emotional piano tracks during the game’s more somber moments, and it’s energetic enough to carry the major action sequences convincingly.

Beyond: Two Souls is likely to disappoint those who are looking for something with beefy gameplay and consistent control over the experience. Fans of Quantic Dream’s previous games should expect pretty much more of the same, although they too may be disappointed by the nature of the storytelling. There’s some truly wasted potential with the Aiden mechanic, and I can’t help but feel that the game would have been a much more enjoyable experience if there had been more depth to it. It’s bound to be controversial, and it should be interesting to see whether this kind of game continues to become more popular, or the demand for less linear and cinematic titles grows. Only time will tell; but in the meantime, you might want to give this one a pass.