Bloodshot continues his war on the Harbinger Foundation…

Everyone says they want what’s best for the children…but Bloodshot’s the only one who’s willing to fight for it. After a lifetime of lies, destruction and pain, he’s vowed to use his extraordinary abilities to do one simple thing: keep these kids alive, even if they’re terrified of him. The war for the escaped children of Project Rising Spirit, however, has been waging longer than Bloodshot realizes. And what can one soldier do when he’s up against two powerful, secret armies?

Bloodshot #11 is the last solo issue of series before the H.A.R.D. Corps hit the Valiant U in Harbinger Wars #3. If you’ve been paying attention to the news coming out of the publisher, then you know that Bloodshot and the Corps have a future together. That said, issue 11 and Harbinger Wars #3 are probably two comics you don’t want to miss out on.

Related Article:  Back to the start

Look for Bloodshot #11 from the creative team of  Duane Swierczynski and artist Barry Kitson on stands now. 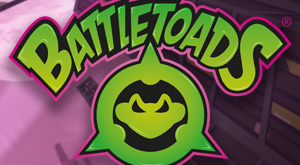