Science Channel’s Firefly reunion show pulled in some of the biggest numbers the network has seen for a Sunday night. Browncoats unite! 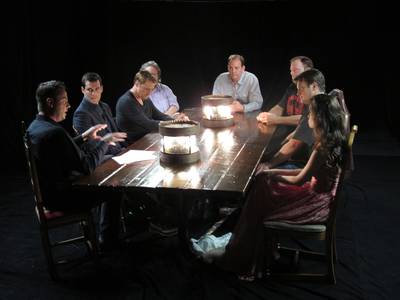 If anything, the lesson here is that folks still love their Firefly and the adventures of the Serenity and her crew are far from forgotten.

With only one season in the books, Firefly is a show that just keeps on trucking. One movie and ten years of fan attraction after the ‘western in space’ was unceremoniously cancelled by Fox and it’s still going strong. Proving that is that the hour long special presentation that capped off a day long Firefly marathon on Science has now become the network’s most watched Sunday night program ever among viewers aged 25 to 54.

Firefly: Browncoats Unite amassed a viewership of 1.2 million and was Science’s second highest rated show in all of 2012 across several demographics. The ‘Flock to Unlock’ Twitter campaign that we told you about last week was also a smashing success. With some 25 thousand Tweets on Sunday, fans were able to unlock exclusive content that will never be seen anywhere else.

With all this love still swirling around the show, it does make you wonder how far-fetched it just might be to see the return of the Firefly TV show in some way. Remember that Star Trek was cancelled in its third season and didn’t have a big fan base at all until it went into syndication and found a second life- and look at the sci-fi juggernaut that spawned out of that.

Nintendo flashes Wii U sales numbers in the US