Wii U eShop launch title has a trailer as well. 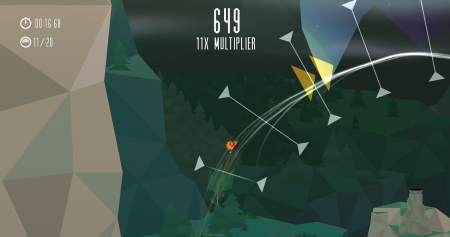 Some of you may already have your hands on the Wii U by now, and if you’re looking for something interesting on the eShop, then Chasing Aurora might be one that tickles your fancy.

Chasing Aurora is a 2D aerial action game developed by Broken Rules, which sees you control a series of birds across various game modes.  There’s a single player mode which is a race against the clock, and a local multiplayer mode supporting up to 5 players with 4 Wiimotes and the Wii U Gamepad.  It also has vector-like 2D visuals, which look pretty good.

You can see a launch gameplay trailer below: –

Trailer: Go back to a simpler time, in Gamious and Whitethorn Games Lake

Battle of the Realms film gets its bloody red band trailer