Expanding ever further into the global marketplace, leading digital comics reader comiXology has officially launched a French language section stocked with over 400 titles spread out across 14 different publishers. Readers can expect to find comics, graphic novels and even manga included in the deal for section that includes a sum total of nearly 40% of the French ‘comic’ market. Now that’s impressive even if you don’t parler Français.

“The Franco-Belgian comic market is one of the biggest in the world, and we’ve been honored to have so many fantastic French publishers sign up with us since our debut in January,” said co-founder and CEO of comiXology David Steinberger. “ComiXology is proud to make French comics more accessible in France and around the globe. Launching this content will showcase how the comiXology digital reading experience truly is the best way to read French comics today.”

The new French section arrives with update 3.3 of the iOS app and is be widely available right now, with some books even ready for reading (or translating) in the US. An Android version of the update is also in the works and on the way too as comiXology is just getting started in tapping the European market with the recent formation of comiXology Europe, which is coincidently headquartered in Paris. 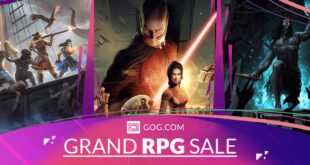 comiXology announces eGift cards, just in time for the Holidays