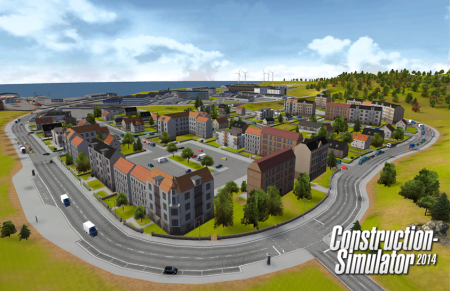 I’m going to just let it all out for a moment. A game that was created to be broken, in which you play as an angry goat rampaging through the streets of a city, killing thousands of innocent bystanders and ninja turtles and blowing up vehicles, functions better than this. Construction Simulator 2015, a “realistic” construction experience, functions less than a game in which you play as a murderous goat.

Oh, I have many horror stories to tell of this game. If games could kill people, this would be Charles Manson… or Hitler. But for now, let’s take a deep breath, and talk about the story.

You begin the game as a nameless construction guy, working your way up the ladder (the construction ladder?), and beginning your new job at your company, you name both the company and the character, but that’s as far as the customization goes. My work partner told me to make my way to the ‘home base’ yard, so I did. 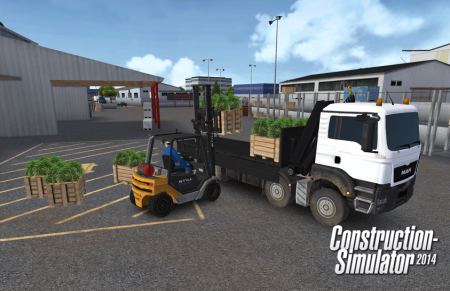 On my way to the yard I figured I needed to see the game’s limitations on things that I could and couldn’t do. So I did what any self respecting gamer would do in my position… I proceed to try to screw this city up… didn’t make it far though. I got stuck on a fence and my truck flipped over. After restarting the game I tried this again, and discovered that this is not just a city of indestructible super-powered fences, it is also in fact, a city of ghosts. I tried to hit a civilian (multiple times, as I kept getting stuck on garbage cans), and they walked right through me like nothing even happened.

Related Article:  The Innsmouth Case review – There’s something in the water

I pulled into the yard ready to take on the first job, as well as defeated and depressed at the lack of blood splatters on the hood of my truck. It was at that point where the game blew one too many gaskets and went absolutely crazy with the stuff that you’re supposed to be doing (read: not hitting passersby). Here, I’m going to tell you all of the strange events that took place. 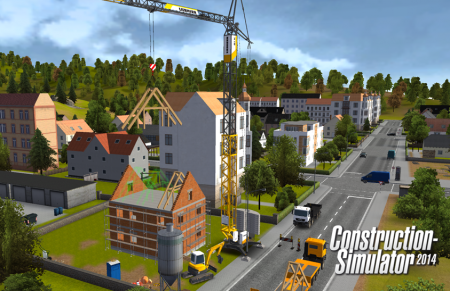 Construction Simulator might feel different if it actually functioned, but it doesn’t. I could beat my head against the wall for this one, and tell you how horrible it is, and how many times I almost vomited out of frustration from playing it. I could tell you about the terrifying glitches, and the killer fences, and the construction manager with telekinesis. But no, this time I will say, Construction Simulator 2014 is the worst game I’ve reviewed, and one of the worst games I have ever played… and I had a blast playing it.

Surgeon Simulator 2 – Quick tips to get you started