There’s a whole mess of BioWare heading to comic and book shops. Dark Horse has four new tomes scheduled, all of which star the characters and worlds of Mass Effect and Dragon Age.

It’s gonna be a big year for BioWare fans. It’s tough to put it any other way, especially with Dark Horse putting on a blitz like this one. Well, that and a little game called Mass Effect: Andromeda is hitting consoles and PC today. You know, can’t forget that.

But let’s get back to the printed page for a moment, since that’s what we’re supposed to be talking about here. And man, do we have a lot to cover. Two of the biggest RPG franchises in gaming are about to get four new books from publisher Dark Horse.

Now, as you might imagine, this slate is going to be Mass Effect-heavy. Three out of the four will be dedicated to the space opera, though the one that Dragon Age is getting is pretty slick. It’s a new mini-series titled Knight Errant.

As for the ME stuff, there’s a nice mix. A new mini-series is in there too, along with an art book, a limited edition version of said book, and an adult coloring book. Yes, you read right. They’re all the rage now you know.

Mark your calendars, you can expect to see all of the above on the shelves some time this year.

Scroll down for details. 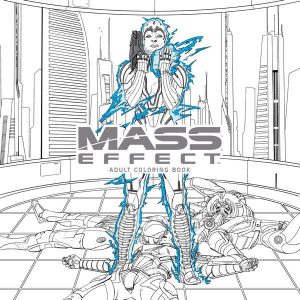 Valiant Comics announces the Death of a Renegade