Deep Silver’s MOBA with zombies (it’s a ZOMBA!) is finally available on Steam Early Access in free-to-play form, with a trio of pricing tiers. 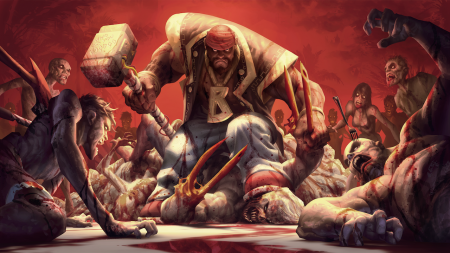 The publisher announced this week that the Dead Island series’ fan favorite character of rapper-turned-zombie slayer Sam B will be returning to fight the undead once again in Dead Island: Epidemic (DIE) for the PC. The ZOMBA will play host to Sam and a bunch of other player-characters all vying for one thing- to survive the onslaught of the recently dead.

Along with Sam, Deep Silver also announced a trio of pricing tiers for the game including options for more weapons, characters, boosts, and even some additional copies of the game so you can get your buddies in on the zed-killing fun.

Usually I’m not much for them, but don’t let the free-to-play banner dissuade you from taking a look at DIE if you’re a series fan. Deep Silver is promising that the game will stock “all the trademark elements that are part of a Dead Island experience and much more”, so it sounds like they’re looking to make DIE a real dead-bashing time that you can dig into- even if you don’t much care for free-to-play.

Dead Island: Epidemic is available right now for the PC at all four of the pricing schemes (if you’re counting the ‘free’ version).

Dead Inside – interview with John Arcudi