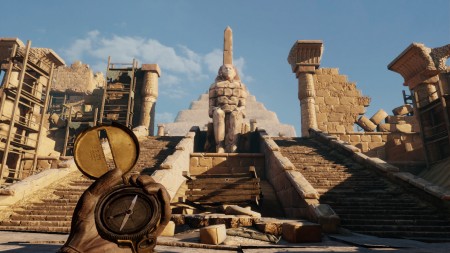 The somewhat oddly named Deadfall Adventures is looking more and more like a certain pulpy, two fisted, action adventure tale that everybody loves. That’s a good thing by the way- and it’s also not something that developer The Farm 51 is trying to hide because they say that Deadfall has had some very big inspiration.

King Solomon’s Mines (one of my favorites), The Land That Time Forgot and Indiana Jones all had a huge influence on the game and you can definitely tell from the new volley of screens that were released this week. Deadfall spans the globe much like the heroes in those stories too as the game goes from the arctic all the way into the heart of the “steaming jungles of Guatemala”.

Get ready to discover the world of Deadfall Adventures this September the 27th for the PC and Xbox 360.