DC Comics fighter Injustice: Gods Among Us just got a lot bloodier with the addition of the DCU’s number one assassin- Deathstroke the Terminator.

Old Slade’s been around for a long time in the DCU, I don’t think he’s really ever seen the level of popularity that the character’s been showered with the last few years though.

Since starring as one of the main heavies in the huge DC crossover event Identity Crisis a few years ago, he’s been pretty big time. He even has his own book in the current ‘New52’ revamp of the classic comic universe- and now he’s  going to be gracing consoles everywhere as one of the most impressive characters I’ve seen yet in Injustice. 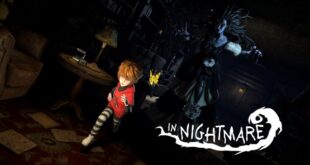 This is no peaceful night’s sleep. The hero of Maximum Games’ In Nightmare faces down …

Injustice: Gods Among Us out now on PS4/PS Vita/PC