It’s official folks, Disney now basically owns 20th Century Fox, and you know what that means. Welcome to the MCU X-Men, hope you survive the experience.

There are kind of two ways to look at this acquisition by Disney. On the one hand, you have a company that’s already one of the biggest entertainment co’s of all time getting even bigger. A lot bigger actually.

I’m not a movie industry pundit by any measure, but I don’t believe for second that that’s a good thing for the industry. It’d be like EA buying Activision, in gaming industry terms. Think of the ramifications of that one and I feel safe saying it’s roughly the same thing as what we’re seeing here. It’s not great.

But let’s not dwell on that. Yes, there are issues, but there are also some very positive things for fans… Marvel Comics fans in particular. Of course you get what I’m talking about – that the X-Men, Fantastic Four, and all their accompanying characters, are basically now a part of the Marvel Cinematic Universe. That could change things big time.

Remember that the Avengers weren’t all that huge before the MCU dawned. Sure they were popular, characters like Cap have always been. But they didn’t have even close to the same size fanbase as the X-Men. The X-Men were the most popular thing in the comics world not all that long ago, and there are still legions of fans out there. Fun fact: that’s actually why Marvel sold off the rights (along with Spidey and the FF) when they were having financial issues.

Certainly, that’s changed now. But they still have tons of fans, and they’re all going to be chomping at the bit to see what MCU head Kevin Feige is going to do with them. Not that I have any inside info here, but I have to imagine that “phase 4” (or whatever they’ll call it) is going to be all mutants.

Well, and the FF of course

Let’s not forget Marvel’s First Family is pretty huge in and of itself. Not only does this deal mean that they can also be included in the MCU, but it also probably means that FF comics are coming back to racks. That’s a very cool thing. FF is more lighthearted property too, and that’d fit right in with the tone that Marvel has been using in some its films. 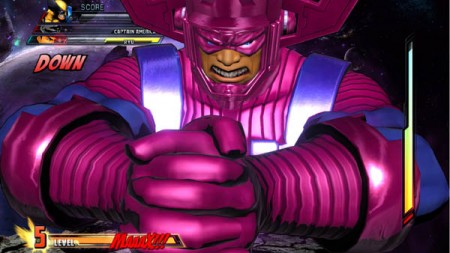 And as for the movies, the Fantastic Four means that the MCU’s cosmic arena could get even bigger. Yeah, move over Guardians. The Silver Surfer is now in play, as is Annihilus (and the negative zone), Galactus… and Doctor Doom. Galactus and Doom could actually pretty easily be slotted in as the next two “phase” heavies, mixed in with a cadre of X-baddies.

The FF also means that the more “monstrous” side of the Marvel Universe could be utilized as well. And that means that we might even see a Marvel kaiju flick. Maybe something with the Mole Man and his beasts from the underground?

Honestly, the options that are open to Marvel Films now have few limits. If the MCU was varied before, well you ain’t seen nothing yet. Stay tuned true believers, because I have a feeling that Marvel’s movie list is about to get a big league shakeup.

Hawkeye hits the mark, drops into MarvelShop.com and Disney Stores