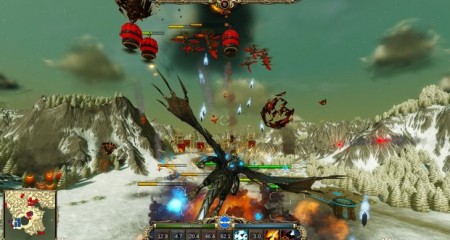 In this day and age, the once great genre of real-time strategy has gone downhill. While only a few marquee titles have released in the past few years, the constant competition and tournaments felt through the esports scene has kept the genre alive. Starcraft 2 was the last real example of an RTS in the purest form and although received with somewhat mixed feelings, has made its mark in the gaming community.

With all this said, it was bound to be a while before a new game brought the genre back to its former glory. I truly believe Divinity: Dragon Commander is that game. Developed by Larian Studios, it brings a new and rejuvenating take on the RTS genre and shows us how this type of game will last into the ages.

The main attraction of the game is that you play a dragon prince, who must save his father’s fallen kingdom. A fairly basic story, although it goes deeper with some sharp plot turns. As a human/dragon hybrid, he can turn into a dragon at will during battle. This means he can go and wreak havoc on the enemies units, using his own powers and skills. Don’t be fooled though, he is still weak when multiple missiles hit him, but he’s powerful in his own right. 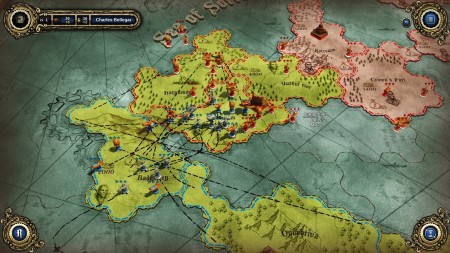 The entire game takes place in a steampunk meets medieval fantasy universe. Although it has 5 races we are used to in games (elves, dwarfs, imps, lizards, and the undead), they all are interested in technological gain. The imps in particular are masters of machinery and are a helpful race to help out.

You can help each of these out through a council of 5 representatives of these nations, who persuade you to make certain changes in your rule. These can include government healthcare, church taxes or simply taking care of the environment. You have to manage this carefully in order to maintain an equal rule among your subjects. You also get bonuses in the form of cards for helping out individual races.

These cards are useful in battle which is accessed in a large map of the empire. Here you manage your forces with metal pins. You control where you want them and build up your conquered provinces. If you get in contact with an enemy, then you begin the actual battles where in you can control where your units move and what you attack. 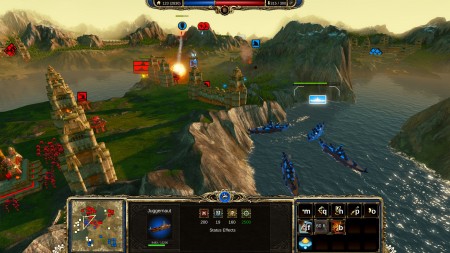 Dragon Commander has basic RTS controls: move around and destroy enemy buildings while maintaining your own. You have to wait 2 minutes before the dragon skill is available to you, but after that, you can access it at any time. It can shoot normal fire balls and has unlockable skills later on which improve its overall performance too.

After each battle, you are greeted to a newspaper which tells you the results of combat and the effects your political decisions are having on the empire. It sums up your past move in a nice little read. And then you return to The Raven. Your blimp headquarters where you can plan your next attack. You can move around the ship, talk to other commanders and use gold to buy new skills and units.

The multiplayer takes the best of the campaign and makes it even better. You have all the units unlocked from the get-go and this allows you to experiment with everything available to you. And as you can play with up to 3 other people, it makes for some truly unrivaled dragon warfare.

Nothing like this has ever been done and especially not in an RTS.

If you really consider yourself a gamer, then you owe it to yourself to try Divinity: Dragon Commander.

Blending some of the best genres around, it truly is a masterpiece of a game. The amount of time you will sink into this amazing game will absolutely stun you and yet you will return for more. A game of this caliber selling for $40 is a steal.

Now if you excuse me, I have to go play some more.