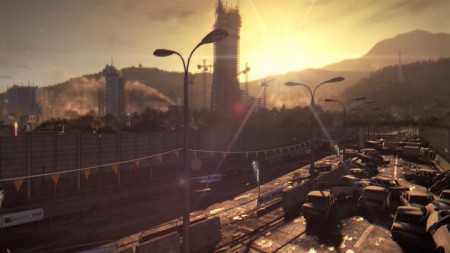 Whenever there’s a delay of release for a highly anticipated game, there’s usually a sigh from the fans and gamers that were eagerly looking forward to playing it. From the opposite angle though, there’s the very real thought that the game just flat-out needed a little extra polish, a tad more work here and there, or some additional content.

Zombie-game vets Techland say that’s exactly why Dying Light will be mission its original late-2014 release window and will instead be hitting consoles and the PC in early 2015. February 2015 will now be bringing players face-to-face with the rotting horrors of the post-apocalypse, in one of the developer’s most ambitious game worlds to date.

Here’s what they had to say about the whole deal in a letter to the gaming public:

We know you’ve been waiting on a Dying Light release date for quite some time now. After careful consideration, we have decided to release our upcoming game in February 2015. Since this means Dying Light will launch a few months later than originally planned, we feel obliged to explain the reasons that influenced this important decision.

When we started the development of Dying Light, we were committed to innovation. We wanted to give you a freedom of movement unprecedented in open-world games. After many improvements and months of hard work, we have now come so close to realizing our initial vision we feel we cannot stop before it is ready.

We believe the Natural Movement element of our game will change what you expect from the genre, and we don’t want to sacrifice any of its potential by releasing too early. This quality-focused thinking underlines all our development choices and we hope you share our belief that the gameplay must always come first.

The new date ensures that we can fully realize our vision of an innovative open-world game. We won’t need to make compromises or trade-offs on any of the five platforms we’re working on. For you, it means an outstanding, original game that makes the wait more than worthwhile.

Finally, we would like to thank our publishing partner, Warner Bros. Interactive Entertainment, which fully supports our decision. It’s a real pleasure to work in an environment where quality is universally accepted as the top priority. We believe that this is the only way to make truly incredible games.
We also have an additional announcement for you: starting next month at E3 2014, we’ll be telling you much more about all the exciting features and different aspects of Dying Light. Stay tuned!

As of now, you can expect to see Warner Bros and Techland’s Dying Light arrive for the Xbox One/360, PS4/3, and PC some time in February of 2015.

Related Article:  Chasing Aurora On Wii U Launches With A Trailer

Beyond Light — How to get No Time to Explain