Eador: Masters of the Broken World is a game that tries to do much and mostly succeeds in delivering on its promises, minus a few hitches. 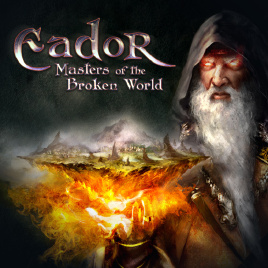 This is a rather hard game to explain. Part Turn-based strategy and part RPG, it gives you many options in how to play it. You can choose from thousands of different modifiers which mean that no two games will ever be the same. It truly is a game that must be experienced.

It starts off simple enough. A magical wizard goes to your village and chooses you to be his apprentice  Your ever loving father hands you over and boom! You are given the world to conquer. The dialogue system in this game is truly great and you can converse with NPC’s from a diverse list of choices. This helps you get more information from them that could help you in combat. It really does makes you feel like you’re a part of the story. You have to follow your “teacher” for the beginning segment of Eador as a tutorial, but after that you are left on your own. 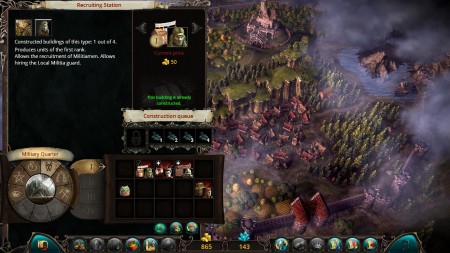 This also benefits your castle. Your castle is a part of the world that you control directly. Think  of it as a kind of a city sim but not as fleshed out. You can have villagers build new buildings to recruit and train new soldiers and you can charge taxes to gain extra gold. Not too surprisingly, it often gets attacked and you must help protect you villagers or else they die and your property gets destroyed.

Now, the combat is quite peculiar in this game. You start by placing your troops on a hexagonal grid while the enemy does the same. Your character also fights and this adds a heightened level of defense to the battles. That’s because if your character gets hurt and dies in combat, then the round ends and you must start again with less gold and allies. You control all the characters on your team too, and must evenly distribute movement points between them. This also affects the characters themselves, as if you move one too much, it will eventually tire and will take a while to move again.

Unfortunately, the combat is where most of the trouble comes in with Eador. Bugs plague this game like 13th century England. Animations are janky, some models are too big compared to others and some characters don’t move like you expect, often walking into a mob of enemies when you least expect it. Luckily these bugs seem to be constantly being taken care of by the developer and will hopefully be ironed out in future patches. 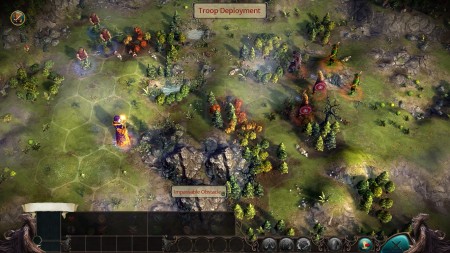 All in all, this game is truly a great play and with future patches and fixes, will be one of the best indie PC games. I highly recommend it for all RPG and strategy fans. You will not be disappointed by this game which literally has hundreds of hours of gameplay available.  Eador: Masters of the Broken World ladies and gentleman- currently 20 U.S. Dollars or regional equivalent and well worth it.

Bridge of Spirits tech review — Wouldn’t it be lovely