Edge of Space is now available for players to try out on Steam. 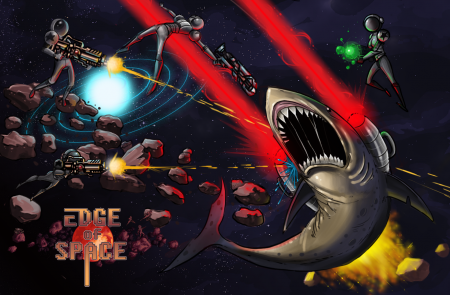 This particular title is an interesting blend of survival adventure and sandbox exploration on a 2D plane. Players can do a number of different things, such as crafting, building, terraforming, and exploration. In addition to performing various tasks in this vast game, you must be able to survive an onslaught of danger that you will encounter along the way.

The story in Edge of Space involves an ArkCo recruit as they venture into a territory that has largely been untouched by mankind. You start off in a desolate area in deep space, with the very world around you serving as an enemy which hounds you every step of the way.

You start out with a laser pick and gear that you pick up from the crashed space pod. As you play through the game you will mine for ore, find recipes, lost technology, and other useful collectibles to aid you in your adventure.

Related Article:  The wild launch trailer for Control has arrived

At present, Edge of Space is priced at $11.99, and will be $14.99 at launch. Those who purchase the game early will gain access to the “First-Responder-Armor”, which will be of great assistance to players who are just starting their adventure for the first time.