Following up on the previous round of releases, Republic Commando, Empire at War and more are now available on GOG.com.

The Star Wars collection of titles on GOG.com has to be almost complete by this point. Another round of games has just hit the service including some more of the best-loved games from a Galaxy Far, Far Away. Here are the newest listings, and the list for another wave of three games that’ll be up on the 27th:

In all, there are now 18 games from the Lucasarts archives either on GOG.com or coming up before the end of the month. That’s a heck of a lot of DRM-free goodness and one of the most complete collections from the developer available anywhere. Don’t forget too, that a few of these games aren’t available on other download services, with stuff like the X-Wing and TIE Fighter games appearing exclusively on GOG.com. 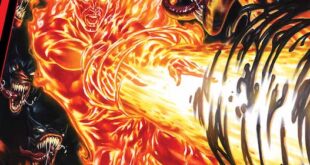 Marvel and writer Donny Cates’ Venom-centric King in Black event is branching out. The evil …