Launching last week, this latest expansion for Alien: Isolation is a bit of a prolog to the campaign. 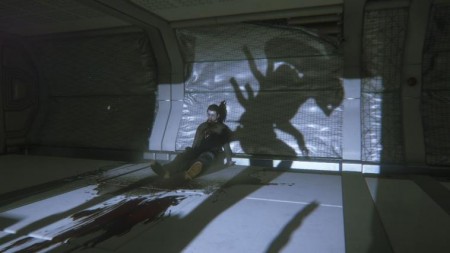 Sevastopol Station’s Ricardo stars in ‘The Trigger’, which is the latest in the series of Alien: Isolation expansion packs from Sega and Creative Assembly. This one’s a prequel and takes place before Ripley gets to the doomed space station. That doesn’t mean that it doesn’t star the title xenomorph though, as the Alien is still very much a threat, along with the menacing synthetics.

As Ricardo, you’ll be assisting Marshal Waits in recovering a set of explosives from the Synth Storage bay (yeah, that sounds like a cake-walk). The plan, as you might imagine, is to use said explosives to blow the xeno out of the station and into the cold, unforgiving depths of space. Of course, if you’ve played the base game (who’s story picks up after the events in The Trigger) then you can probably imagine how that goes.

The Trigger is available right now to add onto your copy of Alien: Isolation for the Xbox One, PS4, Xbox 360, PS3, and PC. If you’re wondering if the game is worth your time, well, it was pretty much one of the best horror titles in recent years and one of the standout games of 2014. Check out our official review for more.

Doom Zero releases today as an add-on to classic Doom

Stellaris: Necroids Species Pack — Is it worth it?