The full version of the teaser trailer for the upcoming Batman title from WB Montreal has been released, alongside pre-order offer details. 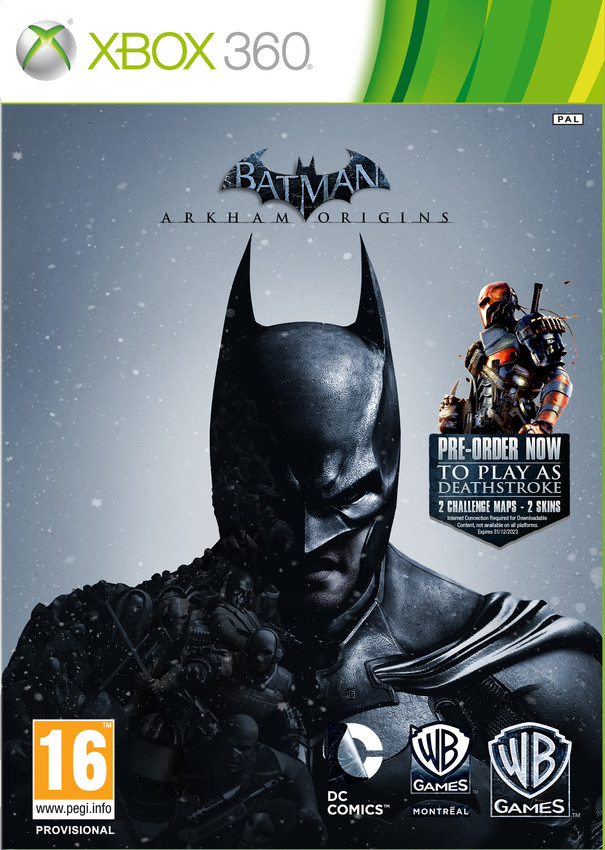 Available here (or catch it below- ed), the trailer depicts an action-packed battle between Deathstroke and Batman, which was briefly hinted at in a teaser trailer released last week. Several notable villains from the Batman universe make an appearance, which will no doubt excite plenty of Bat-fans!

Also detailed were the game’s pre-order offers, which include playing as the villain Deathstroke in the game’s Challenge Mode, as well as two alternate skins for the character and two additional challenge maps. The offer is available for PC, Xbox 360, and PS3 – unfortunately, the Wii U has been left off the list.

Serving as a prequel to the Arkham Asylum and Arkham City games, Batman: Arkham Origins depicts a younger and less experienced Batman fighting against a group of deadly assassins in the infamous Gotham City. It will be available for PC, Xbox 360, PS3 and Wii U on October 25th. A spin-off title entitled Batman: Arkham Origins Blackgate will be available for the 3DS and Vita on the same day.

Trailer: Get a fresh look at the upcoming Oddworld: Soulstorm

Trailer: Postal: Brain Damaged goes back to the 90s