This week, we’ve got some info on Dark Souls 2, a comparison of which Comic Giant has better games, and a design introspective on what makes a good boss fight. 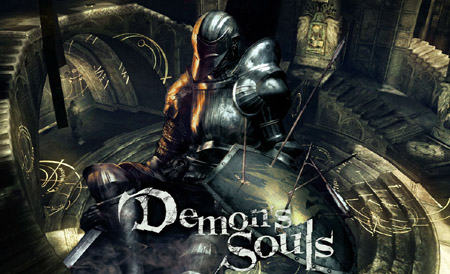 First up is Dark Souls 2. It’s the kind of franchise that has thrived on putting players in a position of “fight-or-die-a-lot” and people keep coming back for more. It’s predecessors have been fantastically received, so the hype for the numbered sequel has only grown as details and rumours have spread. An interview and playthrough of the upcoming game tells us a fair bit about the feel of the game, which is arguably more important than almost anything else for a title like this. Check out the article here, and get ready for one of the most heart-wrenching waits for a game.

Next we have more of the Marvel vs DC clash, only now it’s spilling over into games. The two Comic (and media too) giants have been (not-so-bitter) rivals since the early days; but it’s all about the fan response, which has generated more of the back-and-forth than anything else. While the article is a bit skewed for DC, the comments section echoes my sentiments: while DC have (the few) top quality games, Marvel have an overall greater pool of pretty good games. I’d love to see more DC games that don’t include “—Man” as the titular character, and Marvel needs to really put their effort behind a  solid, focused title that isn’t another movie tie-in. Maybe a Nova Corps game? Please? Or something where Thanos is the Big Bad? (I love Thanos)

Lastly, we have something that really speaks to me as a fledgling designer: How to build a better boss fight. Considering I’ve recently designed some boss encounters for an upcoming game, it was interesting to read the designer thoughts on how they make the encounters. It really gives you something to think about with the simplicity for understanding vs complexity for fun balance.

That’s the roundup for this week! Any thoughts or comments, let us know!

And Raptr’s most played PC games for April 2014 are…