This week is jam-packed with intensity: a review of Naughty Dog’s latest and greatest The Last of Us, a rundown of the goods (or bads?) or the Xbox One, and info on the new voice of Solid Snake in MGS5. 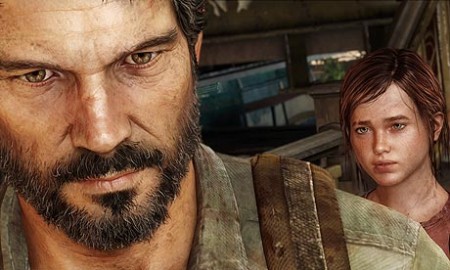 First up is the review of The Last of Us. I’ve played Naughty Dog games since the days of Crash Bandicoot (with 0 story) to Uncharted 3 (lots of story), and never have I felt so emotionally charged from just a review. Let’s not even focus on how well-written the review itself is; the impression of the game is so incredible, that if I wasn’t already inclined to get the game, I would now. It’s a lot of hype, coming from me but let’s face it: Naughty Dogs knows how to deliver amazing cinematic experiences with compelling gameplay.

With all the news of the new Metal Gear Solid V, I was a little offput by Kiefer Sutherland becoming the voice of Big Boss (early-days Snake). And the entirety of the released info on the new MGSV is as  confusing and wtf as the plot of anactual MGS game. I’m so confused: the game is starring Big Boss Snake, or maybe yes no? The confusion is certainly par for the course, and comforting; but this voice change is kinda freaking me out a bit. We’ll have to wait and see what its all actually like.

Lastly, and most deliciously, we have the info on the Xbox One. Assuming you’re all well-versed with the information, let’s get to the nitty-gritty: I’m mostly content with it. I know, internet blasphemy! I must be a heathen fanboy right? Actually, my Original Xbox and and 360 are sitting in boxes, collecting dust. I own…4 or 5 games for the 360? I can’t even be arsed to go check. So no, no fanboyism or overt attachment. I genuinely think this is the right direction for consoles to go.

Giving used games the finger? Good. Let’s support the industry and feed the money to development, not used-game-store’s pockets. Always-on (effectively) connection? People, we live in the digital age now. Your computer and cell phones are always connected. You never ever ever hear of someone bitching about having to verify games on Steam, or requiring an internet connection to be able to use Google. This is the evolution of that.

And the big focus on the box as an entertainment system, not just a gaming system? Great, I love the idea of consolidating all of my entertainment junk into a single, sleek-looking box. And everyone seems to be conveniently forgetting the promise of 15 exclusives, with over half being original IP? That’s probably the greatest launch announcement in the history of consoles, and yet all I see/hear is bitching.

Sorry folks, I might be the only person on the internet willing to say it, but this is all good stuff. BUT (yes, in bold for those who are tldr through my tirade): the only things I take issue with are the weird, arbitrary limitions on sharing. The gifting games works just like Steam, so I have no problem with that; but 10 family members? What a weird number. The lack of backwards compatibility is a little frustrating for people who’ve bought the games and want to play them in the future; and as much as it won’t matter to those people, I’m sure popular titles will likely be available via digital download from the Xbox Marketplace or something. My only other complaint has more to do with Publishers trying to justify outrageous game costs for AAA, than anything else with the box itself.

There you have it folks! Enjoy your upcoming E3 week, and i wish you good gaming!