The net was abuzz with Xbox One talk last week, and we’ve got a little more for you to kick off the last week of May with a special look at all there is to know about Microsoft’s newest straight from the guys and gals at GamesRadar.

Xbox One – News, release date, and everything else we know

Literally everything that GR has is explored in this piece with looks at the box itself, the guts of the machine and the peripherals. GR even explores some things that weren’t discussed at the press event last Tuesday like whether the console is ‘always online’, if it plays pre-pwned games, if you can play as you download and about a billion other things.

If you’re looking for Xbox One info, this should hold you over till the games get here at E3. 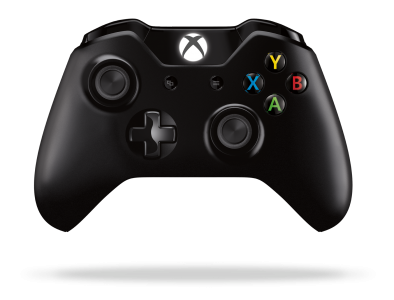 Xbox One controller blends the old with the new

Related Article:  Xbox 360 gets a US price cut for Holiday bundles

Maybe it was a bold move, maybe it was a safe one, or maybe it was just giving gamers more of what they’ve loved since the pad hit with the Xbox 360. Bottom line- the controller on the Xbox One is basically (give or take) the same as the the one on the 360.

I think it’s mostly in the eye of the beholder whether that’s a good or bad thing, but I personally love the move. The 360 pad, to me, is the best on the market bar none and the superior controller for first-person shooters- one of my favorite genres.

GR has taken a really good look at the new pad in this feature; they’ve taken the images released so far apart and gone through ’em with a fine tooth (virtual) comb. It’s the old, the new and a little bit of Kinect too in this feature.

Hmmm, what’s that burning? It smells like somebody just ignited some jet fuel somewhere around… oh! It’s fanboy-flames! Of course, how silly of me, only one thing burns so hot, you can detect it through the intertubes.

Yes, it’s flame war inducing, but it’s also relevant and an honest-to-goodness look at what’s happening with the PS4 and the Xbox One- and just which one is looking better at the moment. Of course, since we really haven’t seen the games that the XBO will be offering  or the periphery of services (in any detail anyway) that the PS4 will have, this isn’t really a complete image of what gamers will find on store shelves (or ‘not find’ as the case may be) this winter.

That said, it’s still most definitely worth a look if for nothing else than to prime you for the deluge of awesome that E3 has in store, so make with the clicking

Related Article:  Rustler Early Access – Is it worth it?

Though this special look at the Xbox One appeared today, make sure you join us and our friends at GR this Saturday afternoon in the GamesRadar Wrap’s usual spot for the best of what the site brought to bear for the past week. See you then!