The rivals go toe to toe in Super Saiyan Blue mode in the game’s newest trailer.

The new trailer released by Bandai Namco Entertainment shows the series mainstays Goku and Vegeta as Super Saiyan God Super Saiyans, duking it out with the game’s other characters before taking on each other. The versions of the two characters are available early to those who preorder the game.

“Dragon Ball FighterZ” is slated for an early 2018 release on Playstation 4, Xbox One and PC. 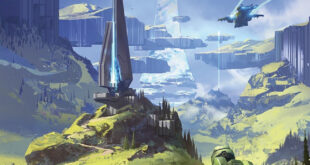