The zero issue details the origin of some of the biggest villains in the Valiant Comics’ universe in Toyo Harada and the Harbinger group. It’s also really the zero issue of the universe itself as it sets in motion many of the themes carried through other Valiant books.

Toyo Harada has a vision for the perfect future — and it’s one that he will realize with or without the consent of the rest of humanity. In order to achieve it, he’s built a private army of hyper-telekinetics within the Harbinger Foundation. But what was the turning point that led Harada to the despot’s path? And how will his vast ambitions soon impact the whole of the Valiant Universe? As the “Renegades” storyline spotlights a new generation of heroes monthly in Harbinger #6-10, discover who — or what — changed Harada into a force beyond all human reckoning.

Harbinger #0 is written by New York Times bestselling author Josh Dysart and features the talented pencils of Mico Suayan. You can check it out this February 6th (complete with a pre-order exclusive Pullbox Variant) when it hits comic shops everywhere. 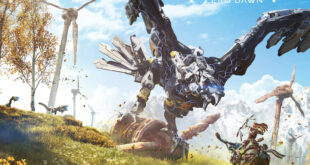 Set after the events of the hit PS4 video game from Guerrilla, the Horizon Zero …