Todd Hollenshead has left the company after a 17 year stint as Pres. 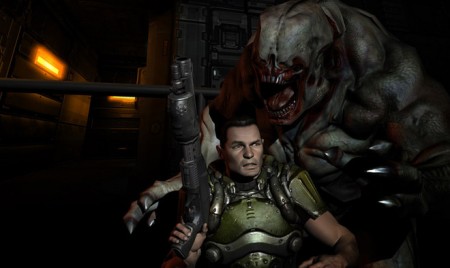 In the annals of the game industry, iD Software ranks pretty high on the legendary developer front. As of late though, the company has been in a little bit of a fog with a ho-hum critical reaction to Rage and the perpetual delay of the next chapter of the Doom series.

Now comes word that Todd Hollenshead, iD Software’s President of some 17 years, has left the company. IGN is reporting that Hollenshead and iD don’t necessarily have any bad blood between them, but that the now former commander-in-chief has departed to pursue his own interests. Just what those ‘interests’ might be is a bit of a mystery at this time, but iD parent company Bethesda Softworks did wish him a bon voyage via their own Pete Hines. He issued a statement saying in part that Hollenshead was leaving to “pursue other personal interests” and that “While Todd was not part of the development teams, he was an integral part of id Software’s success as the business head of the studio and we wish him the very best in his future endeavors.”

King in Black takes on the X-Men in issue #4

Call of Duty: Warzone Season 5 takes us on a stadium tour in new trailer