There can be only one! Highlander prequel comic, and it’s coming from IDW.

Highlander is a series that has seriously stood the test of time. Following the adventures of a race of immortals that lives among us, it’s got some great ideas behind it. So I guess that it should be no shock that it lives on in the mind of fans.

I remember the original film quite well, and it was good fun, even though I can’t say I’m really a fan. Plenty of folks still are though, even without having new material for years. Heck, even the… not-so great entries in the franchise are remembered fondly by most fans. That’s an accomplishment. 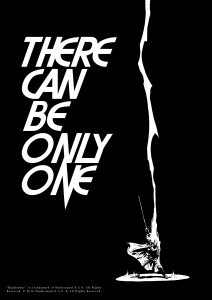 Now though, those followers are going have something new to check out.

“In the 30 years since its release, Highlander has inspired a massive cult following that craves new stories based on the original film,” senior editor Denton J. Tipton said. “Many have tried, to varying degrees of success, but Brian has crafted an exciting narrative that will honor and bolster the underpinnings of Highlander. Also, epic sword fights!”

IDW makes a habit of following pretty close to the source material on their licensed books. And from what they’re saying, it sounds like that’s what they have in mind here too. Basing the book on the time before the first movie is a great call too, since that 1986 original is pretty easily the best loved incarnation. Not that you should expect a rehash of anything.

Scottish fantasy writer Brian Ruckley will be penning this new tale, and it won’t be just a lead-in. Even though the main character will be Connor MacLeod, IDW says that the series will cast “new light on the battle between immortals throughout time”.

So it sounds like it won’t all be super-familiar stuff for fans, even though there’ll be that too. IDW says that the book will explore familiar territory, while branching out from medieval Scotland. Civil War-era US will play into things, as will a new immortal named Osta Vazilek.

Lots to like, and not all that long to wait. Highlander debuts with issue number one this coming February.

NYCC 2017: IDW and Top Shelf reveal plans for the show