Specialty stores are more or less getting harder and harder to find out there, but Amazon Japan has your solution. 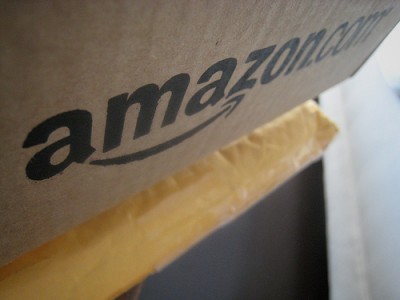 Years ago, there wasn’t too much you could do if you were in search of a game that needed importing. I remember very clearly heading to the nearest store to me that offered import titles and consoles from Japan, which was in Herald Square in Manhattan.

It wasn’t too long of a trek, thanks to the fact that it was only a couple of stops on the subway, but it was a crapshoot as to whether they’d have what I was looking for or not. If they didn’t, well that little shop was pretty much the only option for me, so I was kind of out of luck. And back then (think late 90s), I bought a lot of import games.

That was then though, and currently the import shops around where I live have all gone the way of the dinosaur. Fortunately, you don’t need them anymore, and it’s all thanks to Amazon Japan.

The internet retailing giant has opened up the option for the rest of the globe to shop its Japanese site, which means that all those formerly impossible to get games are now fair game and can be shipped out to you. Even better, NeoGAF users have found that you can translate the Japanese pages into english text so you can search and buy with relative ease.

Of course, it’s not all good news. As industry site MCV points out, this only works for games shipped by Amazon and international taxes and shipping will apply to your purchases. Also remember that not all games are in english, or even have an english option, which is something that might make a big difference if you’re thinking of importing.

Maybe most importantly though, the Wii U and 3DS are both still region-locked across the boards AND any DLC (for any console) will be not only region-locked regardless of what you’re playing on, but is also sealed away behind the PSN and Xbox Live’s overarching region-locks. So, if you live in the UK and buy a game from Japan, you’ll basically only be able to play the base game, without access to any DLC or expansions.

Related Article:  Valorant Episode 4 gets a cinematic to warm fans up for the new season

So bottom line, there are some issues with just mindlessly buying whatever you see that catches your eye. In other words, do a little research online before you buy that import copy of Raiden V.

DST has a big Trek week in store for fans