The long awaited sequel to the sci-fi action blockbuster is on course and reading for the theaters of Earth next June. 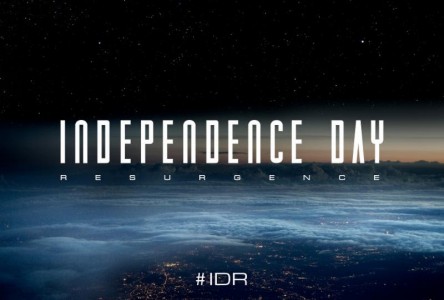 When it was released into theaters in 1996, Independence Day (or ID4 if you prefer) was a pretty big smash hit. The film made tons at the box office, with a domestic total that exceeded $800 million USD. At the time, that made it the second biggest movie ever, and now still places it in the top 50 of all time money-makers.

And now, we move onto Resurgence, which will seek to de just a teensy bit better and take fans back to that formula of ’50s sci-fi meets the modern era one more time. Here’s the official synopsis, which certainly promises big explosions aplenty:

We always knew they were coming back. After INDEPENDENCE DAY redefined the event movie genre, the next epic chapter delivers global spectacle on an unimaginable scale. Using recovered alien technology, the nations of Earth have collaborated on an immense defense program to protect the planet. But nothing can prepare us for the aliens’ advanced and unprecedented force. Only the ingenuity of a few brave men and women can bring our world back from the brink of extinction.

The new film stars many of the original cast, most notably main characters Bill Pullman (as the former POTUS), Jeff Goldblum and Judd Hirsch as the semi-dysfunctional son and father duo, and Vivica A. Fox, who is due to appear without her on-screen, ID4 hubby Will Smith.

Related Article:  Trailer: Oddworld is coming to Xbox with Soulstorm

Smith is sitting this one out, though interestingly enough, Star Trek: The Next Generation alum Brent Spiner isn’t. That’s weird since Spiner’s character was actually killed off in the original, so who know what’s happening there. Personally, while I liked the original flick for all it’s over-the-top explosiveness, I’d love to see some land battles since that film was all airborne stuff.