Sega is putting its Warhammer 40k-themed games on super sale this weekend to celebrate the arrival of Kill Team on the PC. 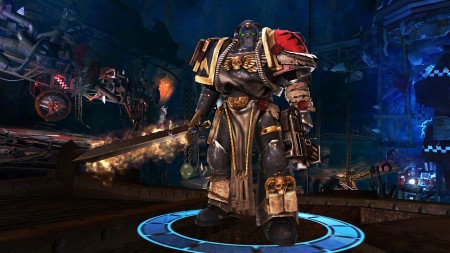 What was that I was saying about Warhammer 40k being everywhere? Oh right, that was Space Hulk… well, you might as well say the same thing about every Games Workshop property since Warhammer 40k: Kill Team is heading to the PC this weekend.

Formerly available only on consoles, the game sends you into battle against the Orks as a Space Marine Kill Team of one or two players. All-out action is the name of the game here with lots of blasting and chainsword-ing of greenskins to be had.

Since the title is hitting Steam for the first time, Sega though it’d be a fine occasion to let gamers who haven’t gotten into their excellent Warhammer 40k RTS’ Dawn of War 1 and 2, do so on the cheap. Right now through May 25th (that’s Sunday) at 10am PDT, you can snag some deep discounts on these top shelf real-time strategy titles.

Seriously, if you haven’t played them, these are great RTS’. Dawn of War 1 plays more like a traditional RTS and DoW2 is more action based, but both are well worth your time, especially if you’re a 40k fan already.

World of Warcraft free weekend announced ahead of Shadowlands launch