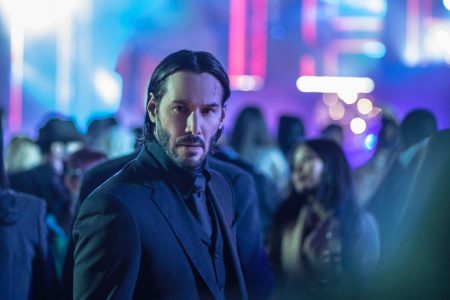 Lionsgate’s John Wick is something of a phenom. Starring Keanu Reeves, the movie proved to be popular both for its all-out action and its stylish presentation. It was a good story too. A ‘small’ story compared to other action epics maybe, but a damn good one.

John Wick introduces a retired hitman thrust back into the underworld following his wife’s death and subsequent theft of his 1969 Mustang, as well as the killing of a dog she left to help him cope with her passing. These tragic events lead to John Wick seeking retribution in the darkest depths of the Russian mafia in pursuit of Iosef, the leader of the gang of Wick’s assailants. As this pursuit leads him deeper into the Russian crime syndicate, a trail of dead bodies — including some of his closest friends and allies — begins to follow behind.

It should also be pointed out that Wick was no slouch at the box office, grossing some 86 million USD. And while it looked like a one-off film, the character is about to get a second go. John Wick: Chapter Two arrives on February 10th, 2017. 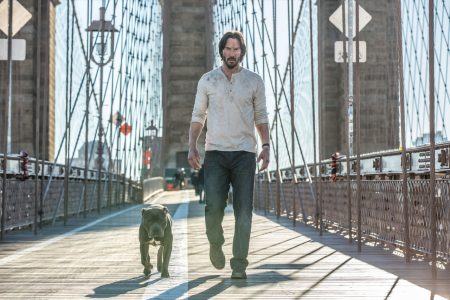 And now he’s going to be in comics too.

“John Wick was such an exciting film, mixing martial arts action with snappy dialogue and smart writing,” says Dynamite CEO and Publisher, Nick Barrucci. “As the credits rolled, you were left wanting more, and it was obvious that they had the makings of a franchise. We were quick to pursue the opportunity to develop a comic book series, and are thrilled to have been granted the rights to tell all-new stories with the character!”

“A comic series is the perfect vehicle to engage in a different way with fans as well as expand the John Wickuniverse. We found a great partner in industry leader Dynamite Entertainment who shared our passion and enthusiasm for the franchise,” says Sheila Clarke, SVP Global Consumer Products Lionsgate Entertainment.

You’ll notice that there’s no mention of anything being ‘limited’ here. So I think it’s probably fair to assume this will be an ongoing book. That could be a very good thing, given the incredible amount of room there is to explore in Wick’s world. And, with the dearth of crime/action comics out there at present, it seems like the perfect time to do it. It even looks like Reeves’ likeness will be included, for good measure. Pretty cool.

Expect to see John Wick, the comic book, debuting some time in 2017.

Valiant Comics to show at WonderCon