Let’s get to the really fun design portion of today’s lesson, shall we? 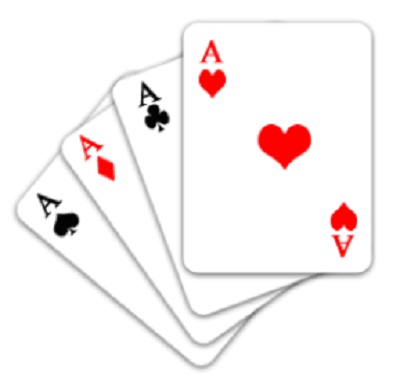 The big unexplained mystery of last time was the face cards. How would they be used, or would they be used? The idea came up to have them be special ability cards, but how do I translate that idea into ability cards that don’t add unnecessary complexity? How Dan, how? Young padawan, I shall show you. It all starts with going back to the origin story, and re-examining how it all started. What are the 3 main elements in dog-fighting? Don’t remember? I’ll refresh you: attacking, avoiding, and maneuvers. And what happens when you make the first two an element of the third? My friends, you get ability cards.

Dogfights have always been interesting to me purely because of the aerobatics the pilots perform. Think of any movie with a dogfight, and what’s the first maneuver that comes to mind? Diving and pulling up at the last second, probably. Ironman did the inverse of that (how did you solve the icing problem?), when he flew up until he lost momentum, got iced, and fell back down; he regained control at the last possible moment, and pulled up. I’ll be honest, I let out a cry of victory at the same time Tony Stark did. Those aerobatics are exciting, and they’re recognizable. There’s that word again, wasn’t that one of my core goals? Well then let’s put that sucker to work!

I want each of the ability cards to not just have the name of an aerobatic maneuver, but to actual have the feel of that maneuver in how it plays. Take my personal favourite, the Immelman. It’s that super awesome move in Top Gun, when Tom Cruise has a Russian on his tail, and he pulls up, does a backwards loop, rights his plane, and now he’s right behind the Russian. Pew pew, and BOOM! Dos vedonya, comrade. I want that same feeling of “you thought you had me, but now I have you” in how the card ability works. And I want that kind of thing to be consistent across all of the ability cards. Also, since there’s only really two aspects of play in this game (attack and block), and four face cards , why not put the simple math skills I never thought I’d need to good use (for once), and divide four by two! Two attacking- and two blocking-themed abilities. Even numbers rule, man.

Here’s what I’ve settled on so far:

“But you’ve been saying 56 card decks, Dan, not 52. What about the four gaff cards?” Well, what about character cards, like in Penny Arcade: Rumble in R’lyeh? Or what about the hero cards in the Warcraft TCG? A passive ability that can be sacrificed for a one-time activated ability? Sign me up, kidss. I still have to figure those out, but since character cards in the games I’m using as reference typically define play style (or are chosen to fit a play style), I think I’d like to fit them into the four core play style of any game: offensive, defensive, utility, and control. These are pretty recognizable when you play, if not when you think about game play styles. And there’s that word again; one of the core goals right? I’d say we’re at 2/3 now, quick and recognizable. Now I just have to play test to ensure that the game is still simple. Easy test for that: if my “I only want to play Diablo 3 because I like clicking and killing stuff” old man can grasp this game, then it passes. See you next time!

EPOS reveals how immersive game audio is all in your head