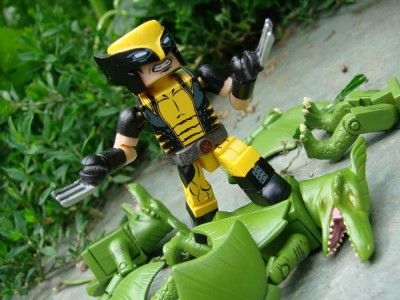 There are some really cool designs in this set including all-new, more modern takes on Captain America, Wolverine, The Hulk and Iron Man. In all, the 2-packs will include: Uncanny Avengers Captain America and Scarlet Witch, the Indestructible Hulk and the Invincible Iron Man, the Savage Wolverine with a vicious Reaper, and Phoenix Five Colossus and Emma Frost from Avengers Vs. X-Men.

Kind of interesting to note there is that ‘Phoenix Five’ Colossus and Emma Frost, who’d been left out of an earlier assortment based on that series are finally being produced here. Pretty cool for completionists.

The figures are in TRU’s now and expected to be popping up on ToysRUs.com soon.

Related Article:  Conan the Barbarian is making his way back to Marvel Comics