Does your local retailer qualify for a Party Kit from Marvel? If they do, then you’ll be getting the chance to party down for the launch of Avengers: No Surrender.

It’s the end for the Avengers. Yes, again, stop it. This is all very dramatic, and Marvel is planning for launch parties to ring in the final adventure for their premier super-team (maybe).

The end of an “Avengers Era” (that says plenty right there), kicks off they January in Avengers #675’s No Surrender. Brought to fans by the team of writers Mark Waid, Al Ewing, and Jim Zub and artists Pepe Larraz, Kim Jacinto, and Paco Madina, No Surrender will be a weekly affair. 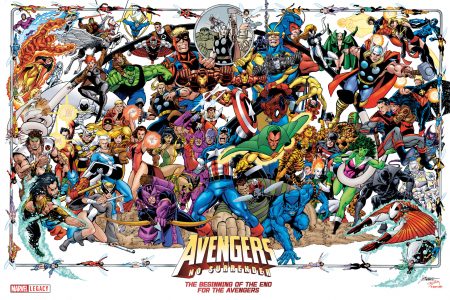 So yeah, it’s kind of a big deal over at the House of Ideas. And to that end, there’s gonna be launch parties.

If your local comics shop qualifies, they’ll be receiving kits from Marvel that will include:

Honestly? I wouldn’t mind one of those posters. Perez is about as good as it gets with the Avengers. Love his work, and that shot is a classic in all the right ways.

But let’s get back to the launch. 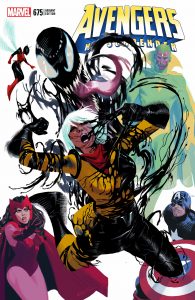 This is Marvel, so you bet there are variant issues that you’ll get to buy. These are also dependent on whether or not your retailer “qualifies” to get them (based on purchases). Bottonm line, these variant editions probably won’t be available everywhere, but your larger comics shops will probably have all of ’em.

Here’s what’ll be (most likely) on hand for the launch:

Those are the particulars, well save one thing- the actual launch date. Mark it on your calendars folks, Avengers #675 lands in stores (complete with party trimmings) on January 10th, 2018.

Nintendo Download: Snip Your Way Out of the Top Doom Party and Rocket into L.A.