The X-Man known as Wolverine is about to die, and these are the last three covers of his life… 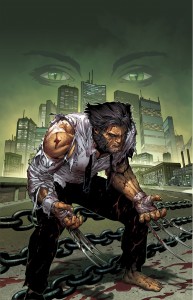 The whole world is talking about it, and today Marvel is proud to officially unveil the final three main covers to DEATH OF WOLVERINE! Superstar artist Steve McNiven teams with inker Jay Leisten and colorist Justin Ponsor for three epic covers depicting the last days and the final end of the iconic X-Man.

Written by chart-topping writer Charles Soule with interior art by McNiven, Leisten and Ponsor – this weekly four-issue limited series chronicles the last day of the Wolverine as he makes his final stand. Left without his healing factor, the indestructible killing machine must come to terms with his newfound vulnerability. And when word gets out of his newfound mortality, villains from Logan’s past and present set their sights on his head.

As mainstream media buzz continues to grow around this highly anticipated series, retailers are strongly encouraged to check their orders. Time is running out for the Wolverine. No fan can afford to miss the spectacular end of the world’s most famous X-Man when DEATH OF WOLVERINE kicks off in this September!

Well. Is this really the end for Logan? Probably not, but for right now these are the last three covers that you’ll see emblazoned with the visage of the Canadian berserker. All three are pretty interesting and let a little more light in on what will be (without a doubt) one of the biggest comic book events of the year- whether he actually stays dead or not.

On that; I have to throw in my two cents and go out on a limb to say that Wolvie fans probably shouldn’t be too upset with the ‘death of’ storyline. Healing factor or no, Logan is a man who has a habit of not staying dead. Well, that and these are comic books we’re talking about here, and you know how often superheroes and villains actually stay in the ground…

For The King discovers new life in Lost Civilization expansion