Is the young, time-displaced version of Cyclops about to step into the spotlight and change things for the X-Men?

For most of their time as characters in the Marvel universe, the X-Men have looked to three people to lead them. The first is obviously Charles Xavier, the second is Storm, and the third is Cyclops. Scott Summers is still widely known by fans as the staple field commander of the team, though the character himself went to hell here in the 21st century.

Marvel basically made him into a villain, before killing him all together. In his place however, the publisher brought forth a time-displaced younger version of the man… and then did nothing of note with him.

Extermination, as an event, is largely an unknown quantity at this point, with no real story points available. Likewise, there’s been basically nothing in the way of teaser imager either. That changed though, today. 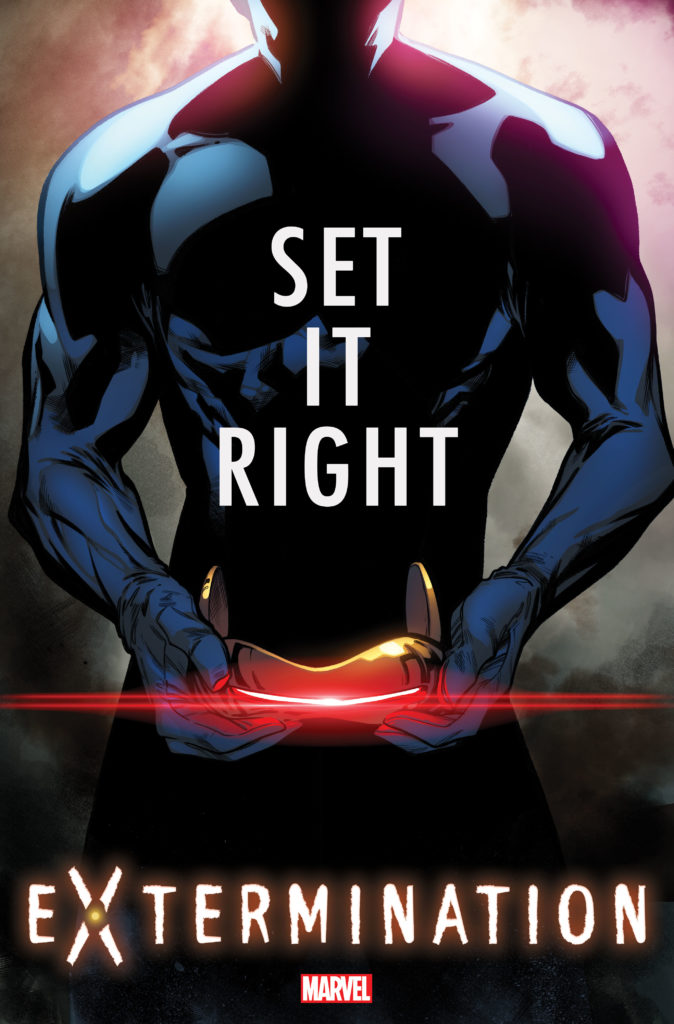 The image that you see posted with this story is pretty clearly Cyke. The hero is pictured holding his visor with the words “Set it Right” positioned in front of him. Aside from wondering what’s up with his optic blasts, that could mean some interesting things.

Could the current version of Summers be looking to set events “right” in Extermination? If that’s the goal, might we see Cyclops once again leading a team at the event’s conclusion? Sign me up for that.

Though, there could be a darker meaning as well. What if the young Cyclops turns villainous just as his older self did? That’d be a kick in the teeth for longtime fans, but it’s certainly a possibility. this is Marvel after all.

Either way, stay tuned for next week. We’re sure to learn lots more come SDCC time.

Transformers: The Movie returning to the big screen this month

Superior Spider-Man to return in new ongoing this December