Oh my lord is this game hard. Mega Man Zero on the GameBoy (now on the Virtual Console) is the opposite of a pushover. If that’s too nail-chewingly tough for you, perhaps you’re more in the mood for a little old school grappling? 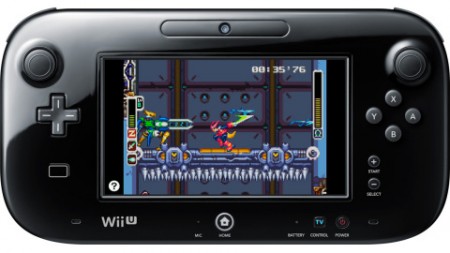 But back to Mega Man Zero for a second. This game kicked me in the ribs repeatedly when it first came out. I mean, I came dangerously close to tossing my GameBoy out a window. And I’m a vet of the MM series, having played every single one of ’em, so I was used to these games being tough. This one though, it was always packing a little something extra in difficulty. Maybe it was playing on the small screen of the GBA that gave me fits, who knows?

I also mentioned wrestling, and that’s because Natsume Championship Wrestling is also available now. Yeah, think it’s a slow week? Not to say that NCW is bad at all, it’s actually pretty good even though there are no licensed characters in it, but when a GameBoy Mega Man title and an old SNES wrestling game take top billing on the eShop, well, you know what time of year it is.

Past those two, there’s precious little else that is of any impact other than the Mega Man anniversary sale. Have a look at the full list of what’s new below though, you never know what might catch your eye.