More of Capcom’s Mega Man titles from years gone by (what, you didn’t think we were getting a new one did you?)highlight the offerings in the Nintendo Download this week along with The Denpa Men, Wario Land 4, and more. 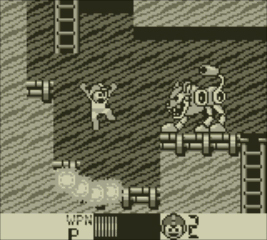 Lots to chew on in this week’s edition of the Nintendo Download, especially if you’re a nostalgic, Virtual Console-loving gamer.

Mega Man II & III are now up on the service and ready for download. These are the classic GameBoy titles too, not the NES versions that you have probably already seen and acquired for your digital collection. I have some great memories of these games, and have long lost the carts they were delivered on for Nintendo’s first handheld, so I think I know what I’ll be doing later.

Also new this week is another appearance of the uber-creepy Denpa Men, as well as Wario Land 4 (where Mario’s greedy cousin continues his thievery… and rampant farting). If you’re a Mario fan you might want to check that one out. Grinsia joins the lineup as well, bringing 16bit-style RPG’s back to the 3DS, along with a Kemco sighting. You don’t see them too often these days. There are also a bunch of other titles up for download and some nifty sales (Trine 2), so go ahead and scroll down, make your picks , and get to downloading.

Streets of Rage 4 launching this month

Darksiders III on the way to Switch next month