V has come to. 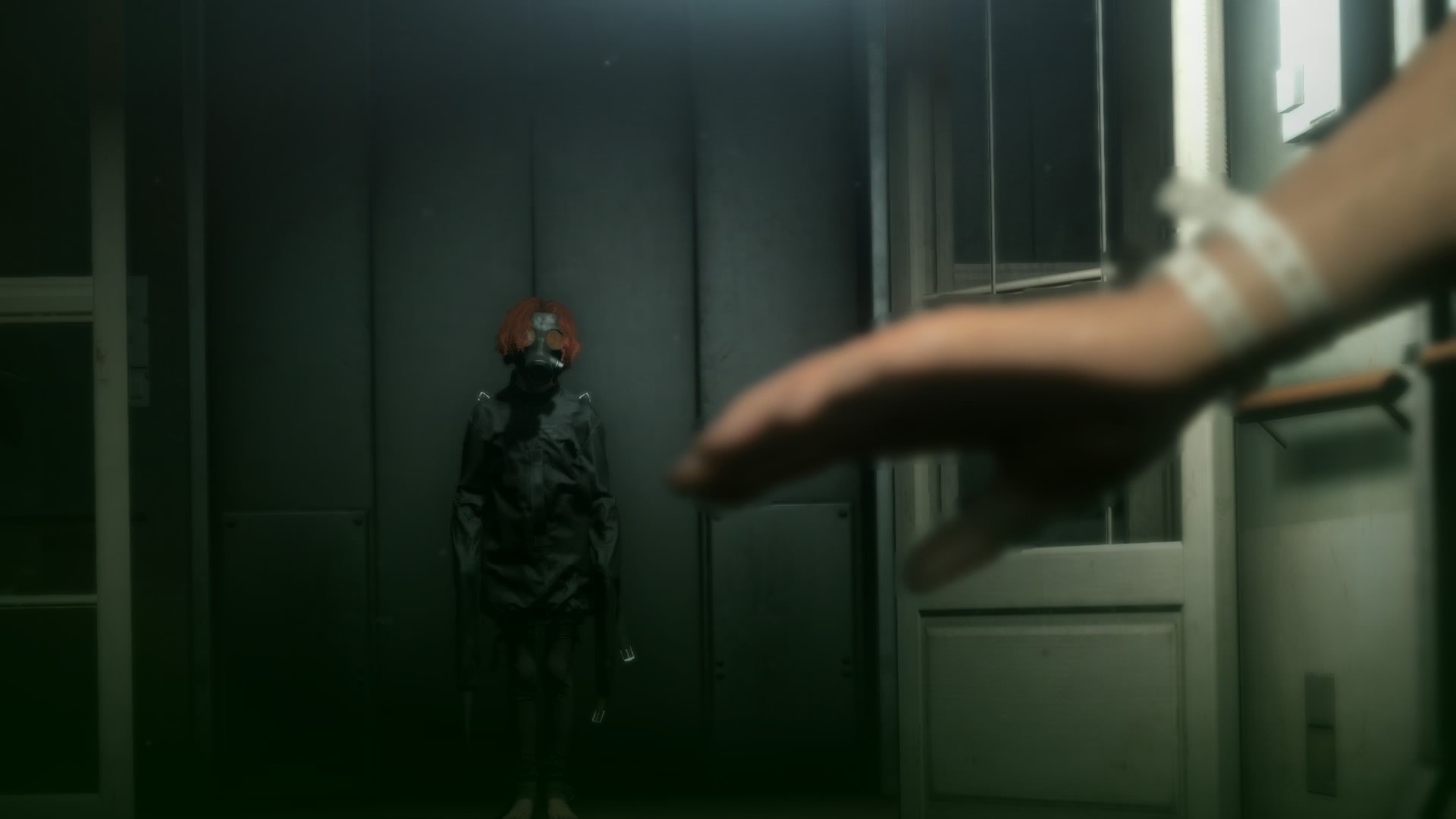 Metal Gear Solid V: The Phantom Pain is definitely one of the biggest games of the year, and with that comes expectations: Will the game live up to the hype or will it drown in a convoluted mess like its plot? Read on to find out! (Spoiler: It’s absolutely wonderful)

Graphically speaking, MGSV looks incredibly amazing. From the textures to the unbridled wildlife that inhabit the various game areas, everything looks and moves as sharp as you’d expect it to. Metal Gear Solid V: The Phantom Pain utilizes Kojima Productions’ in-house engine, the Fox Engine, to a wonderful degree that could even be called masterful. The lighting, shadows, and the environment’s reaction to the player is immensely satisfying to watch, more so on the PC port.

The PC port of Metal Gear Solid V: The Phantom Pain is incredible, and boosting the already impressive visuals of the game is the limitless potential of a gaming PC. Having played on both the Playstation 4 and the PC, I can confidently say that the PC Port is the superior experience with regards to its performance, and again, superior rendering abilities. 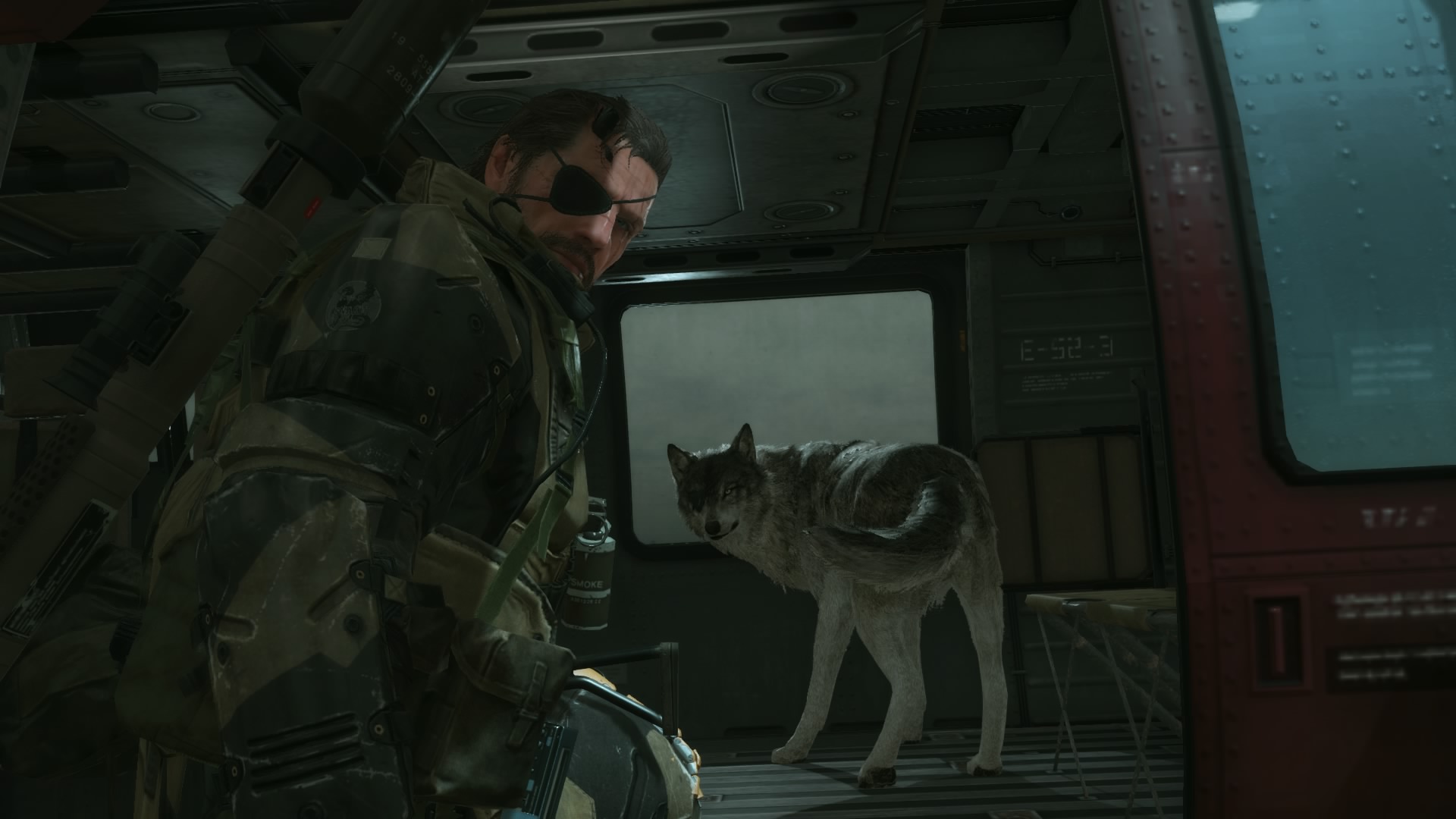 The controls translate well to the keyboard and mouse, but I find it more comfortable to play the game on a controller – and so I did. I plugged in my PS4 controller and lo and behold all of my problems were fixed. The game plays well enough on a keyboard and mouse, but let me tell you this: this game was meant to be played on a controller – but that’s just personal preference. If anything, everything is as smooth as it should be even when played using a keyboard and a mouse, and this translates well for the team who handled the PC version, it’s extremely well done.

One of the best aspects of the game aside form the graphics, is the music. As someone who loved the ‘80s, Metal Gear Solid V’s playlist is something of a Godsend for me, however, where the console port stopped short, the PC port delivered. Yes, players are able to import their choice songs into the game. Even if you wanted to set Support Chopper’s music to John Cena’s entrance theme, you can do so. Personally, I used the original Metal Gear Solid’s alert theme and let the nostalgia take over me every time I asked for a pick-up from my chopper.

The best part of the game, however, is the gameplay. In an open-world, one expects freedom of movement and operational freedom as well, meaning you are free to play the game however you want to, and that’s where Metal Gear Solid V: The Phantom Pain stand head and shoulders apart from the competition. There are over 50 missions and over 150 side missions in the campaign and each one can be played however you wish. You want to experience the stealth approach? Go ahead. You want the guns-a-blazin’ approach? Gut check, bro, you go do that and the best part of this is that there’s nothing to stop you from playing however you want… save for the learning NPCs.

Wait, did I say learning NPCs? Yes you read that correctly. Normally, Metal Gear Solid V has no difficulty levels, but that is compensated for by the learning AI. Do you always go for headshots? Then the enemy will eventually start wearing helmets. Do you prefer to approach your objectives during the night? Ta-da, the enemies will now equip flashlights and Night-Vision Goggles. These changes may seem insignificant at first, but having a platoon of Riot-armored soldiers chase after you is something of a hellish experience comparable to Dark Souls, that much I can guarantee. 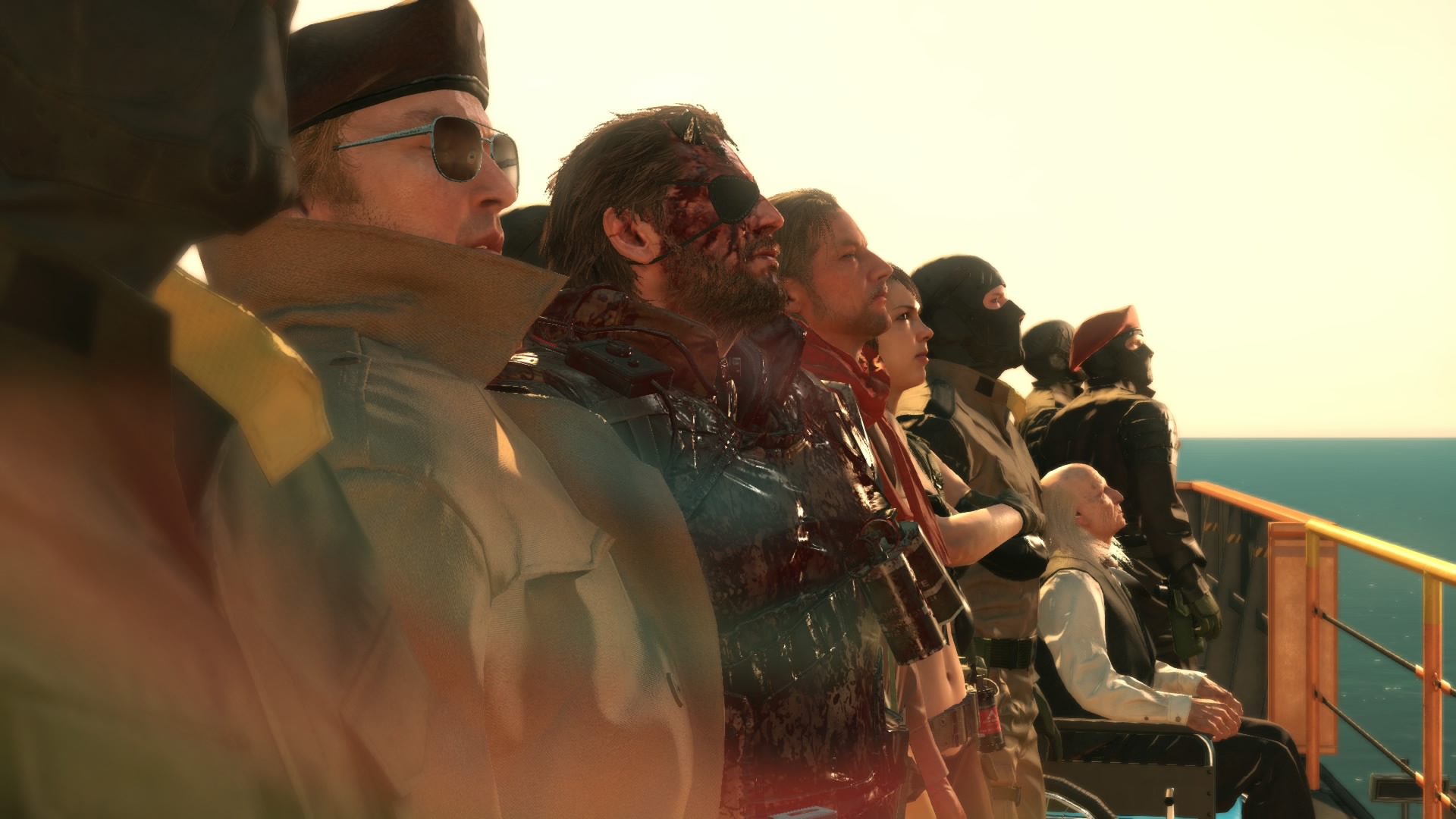 But you do have a fighting chance. Returning from Metal Gear Solid: Peacewalker is the Fulton Recovery System wherein you can recruit soldiers to fight for your cause and you can assign them to various teams, from the Research and Development Team to the Combat Unit and so on. So where does this come in to help? Well also returning from Peacewalker are the dispatch missions wherein you could send your recruited soldiers to the battlefield to disrupt the enemy’s, say, helmet supply line. If that missions succeeds, say good-bye to the helmets, at least for a while.

You can play the game however you want and the enemy will adjust to your strategies, but like a true tactical game, you are given the option to fight back – and fight back you will.

Returning in much more detail is the base building function from Peacewalker. You can now traverse your Motherbase either on foot or via your 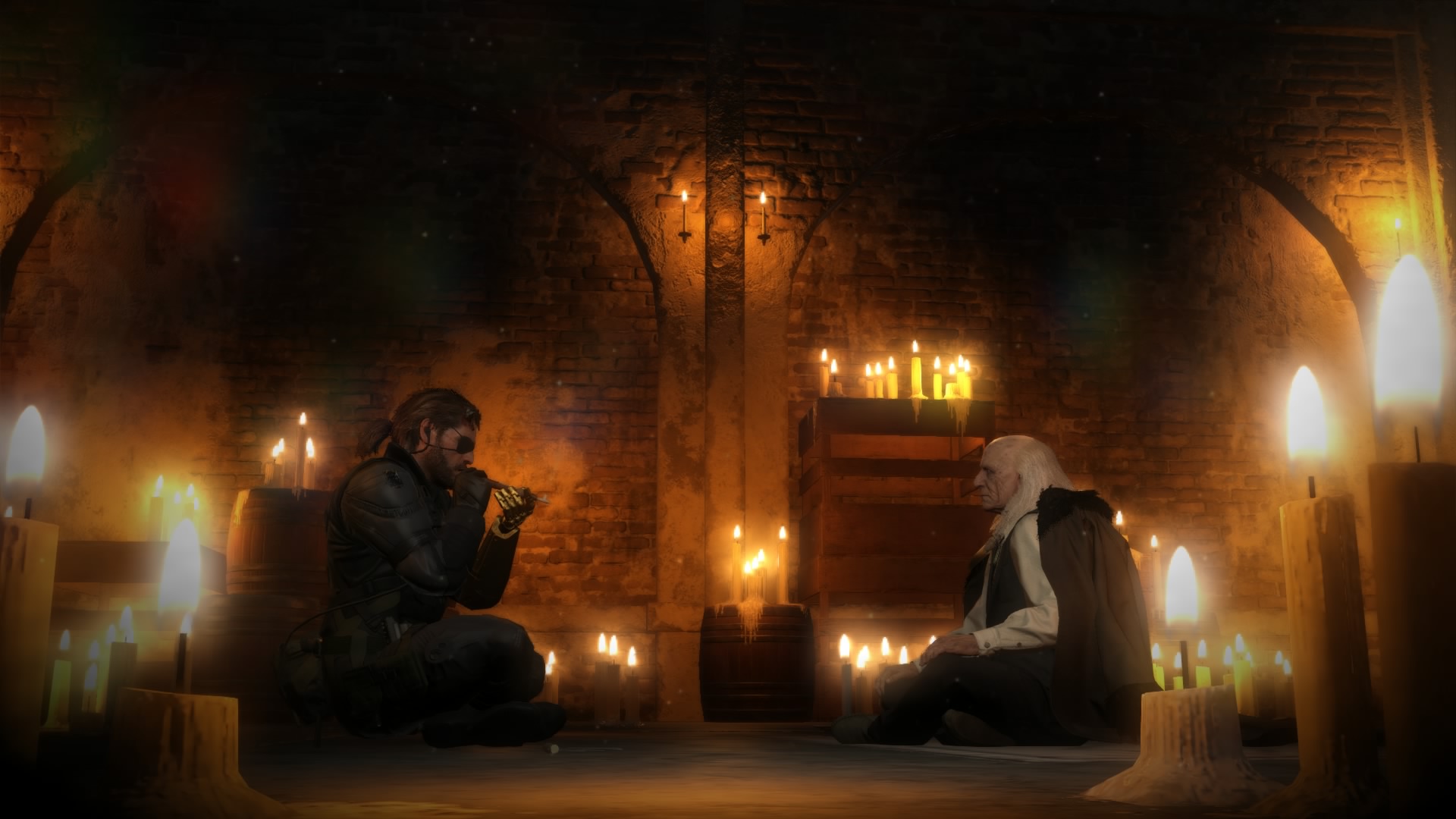 Another feature that people are looking forward to is Metal Gear Online, however, at the time of writing the game has yet to be released – but we promise to review the online portion of the game when it does come out!

Related Article:  The Witch and the Hundred Knight (PS3) Review

Metal Gear Solid V: The Phantom Pain has set the bar in what an open world game should be – is what I would say if not for the lackluster story. Don’tget me wrong, I loved the way the game panned out but the story just kind of felt lacking. Sure, this isn’t the ending we were expecting, but that’s the point. The Phantom Pain is not the flashy ending to the Metal Gear story that fans might have been hoping it would be, but it is the missing piece, the interquel that we needed to bridge the gap between the Big Boss Saga and the Solid Snake Saga.

Sure, Kojima and co. could have executed this in a better way, but personally I liked the episodic structure of the main missions where they’re non-linear and can be completed in whatever order you wanted to. And when you get down to it, that’s really the best part of the whole freedom of movement bit of the game.

So judging from this review, is Metal Gear Solid V: The Phantom Pain THE perfect game? No, far from it.

We can do so much more, but that doesn’t change the fact that the game is one of the best games I have ever played and is hands down the best Metal Gear Solid title that I have ever played. The PC Port is gloriously wonderful, but the console ports are okay too. Get this game and play it. You will love it. That much I can pretty much guarantee.