The FPS adventures of Samus Aran come to the Wii U in the latest Wii title to get a digital port. 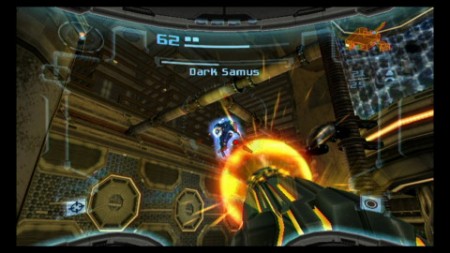 Basically all the games in the trilogy of Metroid Prime titles are worth your time. Developed by Retro Studios, the games mash up Metroid with first-person shooter/puzzler gameplay and are highlights of the Metroid franchise. So if you missed them, or have long ago lost (or traded in) your disc-based copies, this is a very tempting deal. And it is a deal too, because much like with last week’s Punch-Out!!, Metroid Prime Trilogy is one $9.99 USD as a special introductory price. Normally it won’t cost you too much more either, at $19.99 USD.

Also pretty exciting this week, and over son the 3DS, is the playable demo for Codename: S.T.E.A.M., the turn-based strategy title from Intelligent Systems that’s been making some waves. The game has been turning heads with it’s unique gameplay, and also it’s setting and theme. Quite frankly, you just don’t see a lot of steampunk-infused games that feature a team of operatives serving under Abe Lincoln. Yes, that Abe Lincoln.

And if those two don’t float your boat, there are a whole mess of smaller releases hitting this week as well, including a few sales that you might want to take advantage of, especially if you’re a fan of the Teenage Mutant Ninja Turtles.