The next chapter in the top shooter on tablets and smartphones is inbound for this month. 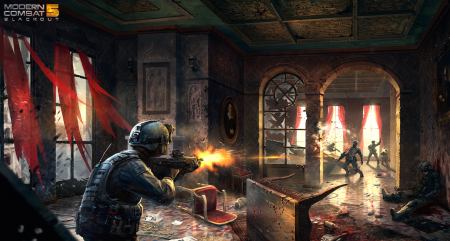 Modern Combat 5: Blackout takes hero Phoenix from Venice, Italy to Tokyo in an adventure to uncover a few dirty little secrets… and maybe ventilate a few bad guys along the way.  The game sports a “unified progression system” that combines multiplayer and single player into one as you level up and get to use new hardware.

The single player mode is built to engage players in quick levels and fast-paced action to keep you moving along. You’ll also get to play with some of the biggest toys in modern combat and genre conventions like drones, revival of your squad-mates, and sniper bullet control. As for the multi, you’ll be able to pick from four classes (Assault, Sniper, Heavy and Recon) overall and form up into squads of other players to compete in 6 vs 6 multiplayer matches. There’s also a mode called Spec Ops with super-focused mission objectives like “cover your allies, clear the room, eliminate the target and much more.” 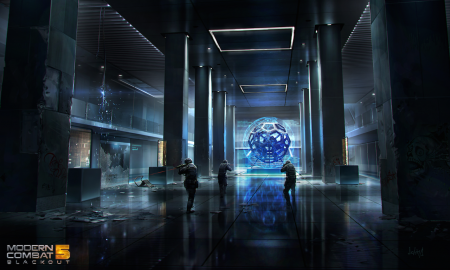 Looking like another sharp as a knifed FPS for mobiles from GameLoft, Modern Combat 5: Blackout is scheduled to hit iOS and Android platforms on the 24th of this month.

Man of Steel arrives at IDW