Even here in the digital age, most gamers in the UK still prefer getting their software the old fashioned way. 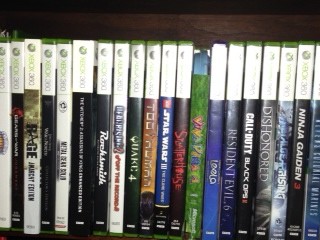 I have to include myself in that number, as I’ve always preferred having physical copies of my games instead of just seeing them appear digitally in my Steam account or on my console’s hard drive. Call me behind the times, but I like having a nice shelf of my stuff that I can peruse and pick from- not to mention trade in or sell on eBay if I feel like it.

And even if you do think that’s old fashioned, it seems like I’m in good company with the UK’s gaming public. MCV is reporting that the analysts at Kantar WorldPanel have revealed that a stunning 72% of UK gamers would rather buy their games in stores as boxed copies rather, than through online digital download services.

Also turned up by the pollsters is that only 10% of the UK populace has made the switch to digital games exclusively. And not that much more than that, just 18% of gamers quizzed in the poll, play both digital and physical copies.

In an era where platform holders and online storefronts are pretty much consistently attempting to get gamers to switch to digital distribution, the numbers are a little bit surprising. It seems as though gamers are not taking to the format of game delivery anywhere near as quickly as Valve, Sony, Microsoft, and even Nintendo would like.

Where it goes from here is yet to be seen of course, but with those kinds of numbers on paper, it’s hard to argue that boxed games on discs are going anywhere anytime soon.