The Wii U exclusive version of Tecmo Koei’s hack’n’slash will arrive on console launch day with new features, a new payable character, and generally more of what you wanted from the game. 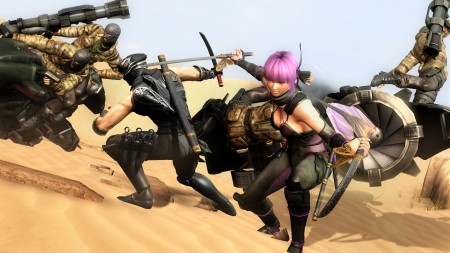 There are quite a few differences between the Wii U version and the original Xbox 360 and PS3 edition. Yes there are new characters, but there are also new weapons, a redesigned battle system, and an online multiplayer mode.

If you found the first version of Ninja Gaiden 3 that was released a little lacking, then the Wii U’s Gaiden might just sharpen your sword. Look for it on store shelves right alongside the console on November 18th.

Wrath of the Righteous — Guides and features hub