One of Valiant’s biggest characters is gearing up for a new run beginning in November. Ninjak, set to return as Nina-K in a new run that will serve as a great jumping on point for new fans.

This introductory chapter though, is on sale today. It steeps the reader in the mind of Colin King, or Ninja-K, and begins us on the journey through this next run of Valiant books. 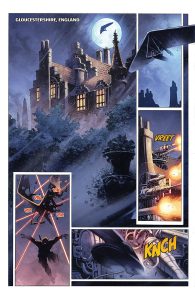 Plotwise, Ninjak #0 reads like any other vague origin story. Whether this origin story is telling how Colin King became Ninjak, or why he is on the mission we will see followed in November’s run is a fair question to ask.

Much of the book is told through flashbacks, with intermittent glances into the present. This does a good job of balancing back story and current action. I was more intrigued with the backstory portion, which is perhaps the point of an origin story.

Whether through backstory or current altercations, there is more than enough violence to sustain a Ninjak book. Page in and page out, Ninjak is talking about compartmentalizing his emotions based on his missions and cutting through those who stand in his way.

Taken on its own, the story told within Ninjak #0 is probably okay to skip. It’s not necessary unless you are already a huge Ninjak fan or want a good place to jump into the character. That’s to say that it probably wont hook you on its own. However, the connections to the greater Ninjak and Valiant universes add a little more incentive for new and super fans.

Much of the dialogue in this one off story is part of the inner monologue of Ninjak himself.

Reders move through the thought process of Ninjak. Throughout, he explains where his original violent tendencies came from and what led him to his current exploits. Given that this is more of an origin and character story, I am fine with the lack of outer dialogue. The actual dialogue that does happen is pointed and intense. And it doesn’t reveal too much of what will be going on once the real run starts in November.

Even the inner monologue was pointed and kept to a restricted usage. As a result, the dialogue, whether inner or outer, feels weighty and has consequence.

It seems like every Valiant book I review has a totally different and appropriate art style.  This is no different in this Ninjak set-up.

Colors are lights and seem to have a quality befitting a ninja during action sequences. For calmer scenes, there is a subdued, solid quality to the art. Both of these styles are welcome, and a joy to look at while flipping through the pages of the book. Certain images in flashbacks jump out to show contrast. 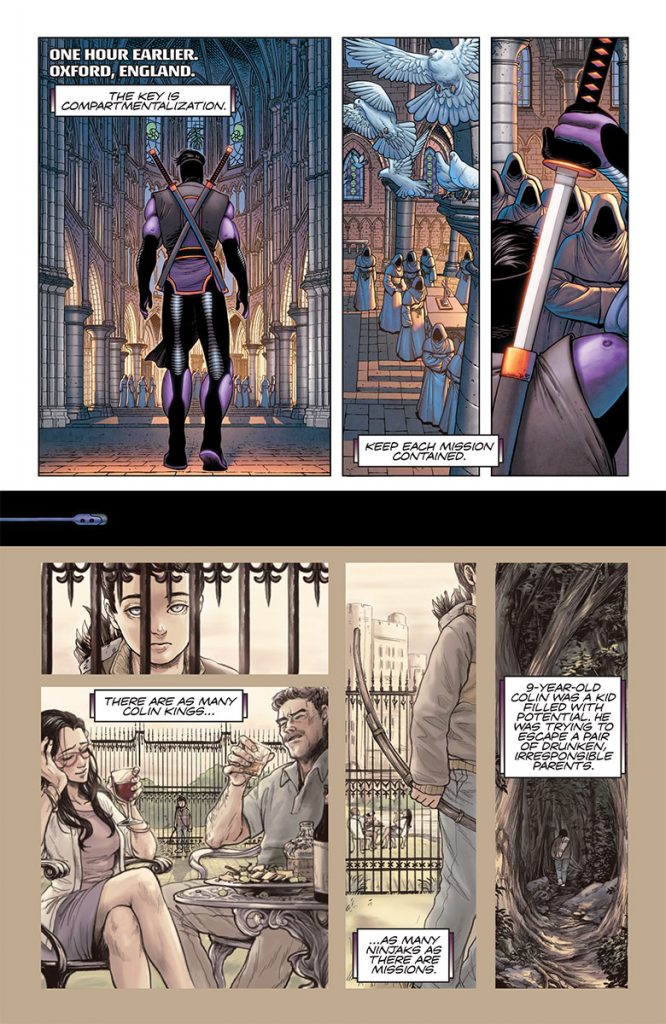 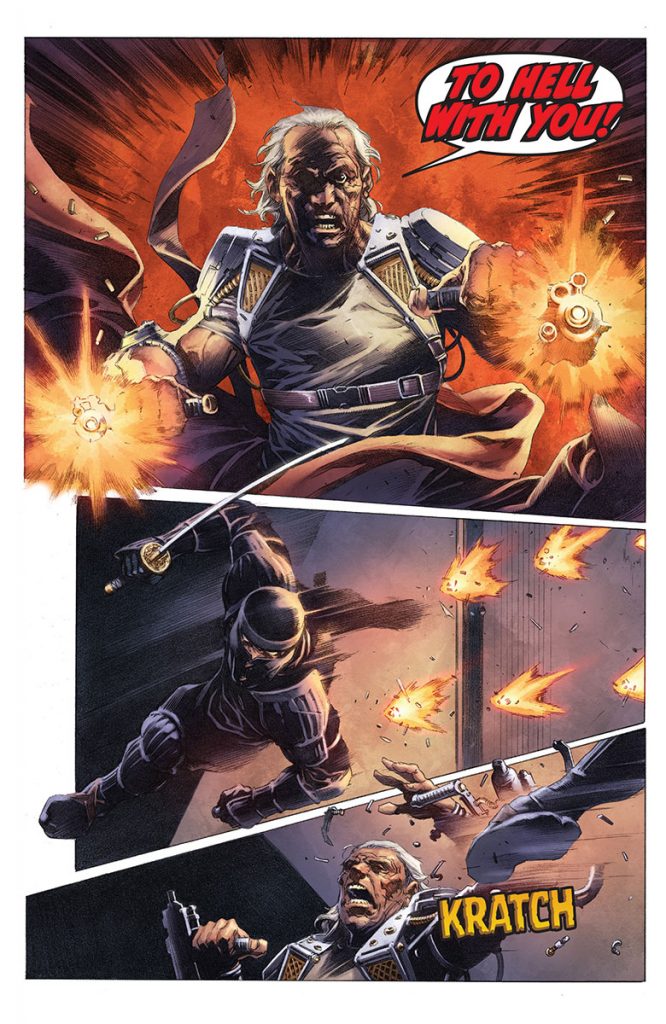 If the rest of the Ninja-K run is aything like this number zero, then it will be a treat to read.

The simple brutality in the pages of the book go a long way to characterizing Colin King as the ruthless Ninjak. I don’t know much about this character, but as the series goes on, I can definitely see this as a comic to follow.