Get ’em while you can, some Amiibo won’t be back at retail ever again once they’re sold out. 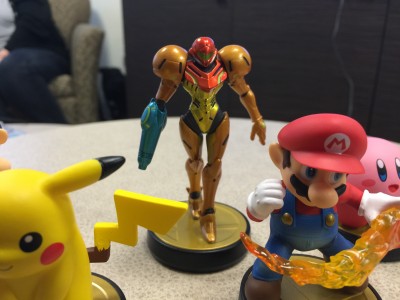 According to Nintendo, some of the figures in their new toys-to-life figure line won’t be around at retail too much longer. The company plans to (and has already in some cases) discontinue several additions to the new series. As of right now, the Villager, Wii Fit Trainer, and Marth toys are gone and won’t be coming back. Nintendo says it’s simply a case of these figures being way less popular than some other, more well known, characters.

It’s pretty easy to imagine that being the case,  as Mario, Link, and Samus are just a tad more popular wight he masses than someone like the Wii Fit Trainer. That said though, I do have to add that Marth has been sold out in numerous retail shops since the line’s launch last month and my local GameStop told me that he’s been the first to sell out and the toughest to find. I’m not sure what that says, or if that limited availability has had something to do with the New York audience having a particular love for Fire Emblem (that’s Marth’s home title)- which would be news to me.

Related Article:  Software Sales Slump and the Xbox One outsold the PS4

As for the aforementioned Nintendo all-stars like Mario, you needn’t worry about them going anywhere if you haven’t found one yet, as Nintendo promises that the more standard characters will always be available at retail, right alongside new waves.