If you’re looking for something to download on the eshop and virtual console, then this is a good week to break out your wallet. 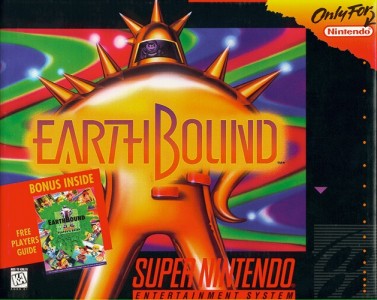 Earthbound makes its way onto the Wii U virtual console. This beloved SNES classic has been long overdue for a release, and fans of the series can finally get their hands on this baby. Included with the release is the Earthbound player’s guide, available on Nintendo‘s website. Another neat feature is the ability to read it on the Wii U gamepad, so you can look it up on the fly if you’re ever stuck at certain points in the game.

Another game that players have been long awaiting is the release of cherished 2D platformer Shantae, which came out for the Gameboy Color June 2002. This title is available for the 3DS virtual console.

The eshop is also getting a fair amount of games, such as The Smurfs 2, Attack of the Friday Monsters!, A Tokyo Tale, Robot Rescue 3D, and Undead Bowling. Alongside the slew of new games is a demo for Denpamen 2: Beyond The Waves and an eshop sale for the game Puddle, which lasts until August 1st 9:00 AM PT.

Nintendo Download: Forge a Path to Greatness in Pokémon Sword and Pokémon Shield

August Games with Gold offers up Ground Zeroes and more

Nintendo Download: Wage War in the World of The Witcher