If you’re a fan of speed running you’ll love this.

Ocarina of time, which is often citied as one of the best games ever, has been beaten in a staggering 18 minutes and 10 seconds by speed runner CosmoWright

Obviously this skips 99% of the epic story and action but its still staggering to watch a game which dominated so many childhoods be beaten in such a short amount of time. The speed run is done by utilizing several glitches which cause the game to ‘load’ the very end scene just as you’ve defeated Ganondorf in his tower. The run below is commentated and explains everything that he is doing.

Well thats it for now, until a major glitch comes out i cant see this run being beaten any time soon. 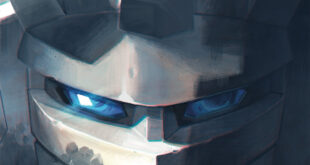 Xbox One, PC, and Mac get Layers of Fear just in time for Halloween

Time to Stop Time review — What could this game be about, I wonder?